As Catherine and her bridesmaids prepared for Catherine and Cade’s big day, they sipped on mimosas from their own mimosa bar in their hotel room. There was a nervous excitement in the air as the girls added their final touches to their looks, all donning matching satin soft pink colored kimono-style robes with the word, “Bridesmaid” bedazzled in silver stones on the back. Catherine seemed excited and calm, wearing her similar white robe with, “Bride” adorned on the back, and a gorgeous delicate white beaded headband worn atop of her up-do hairstyle. 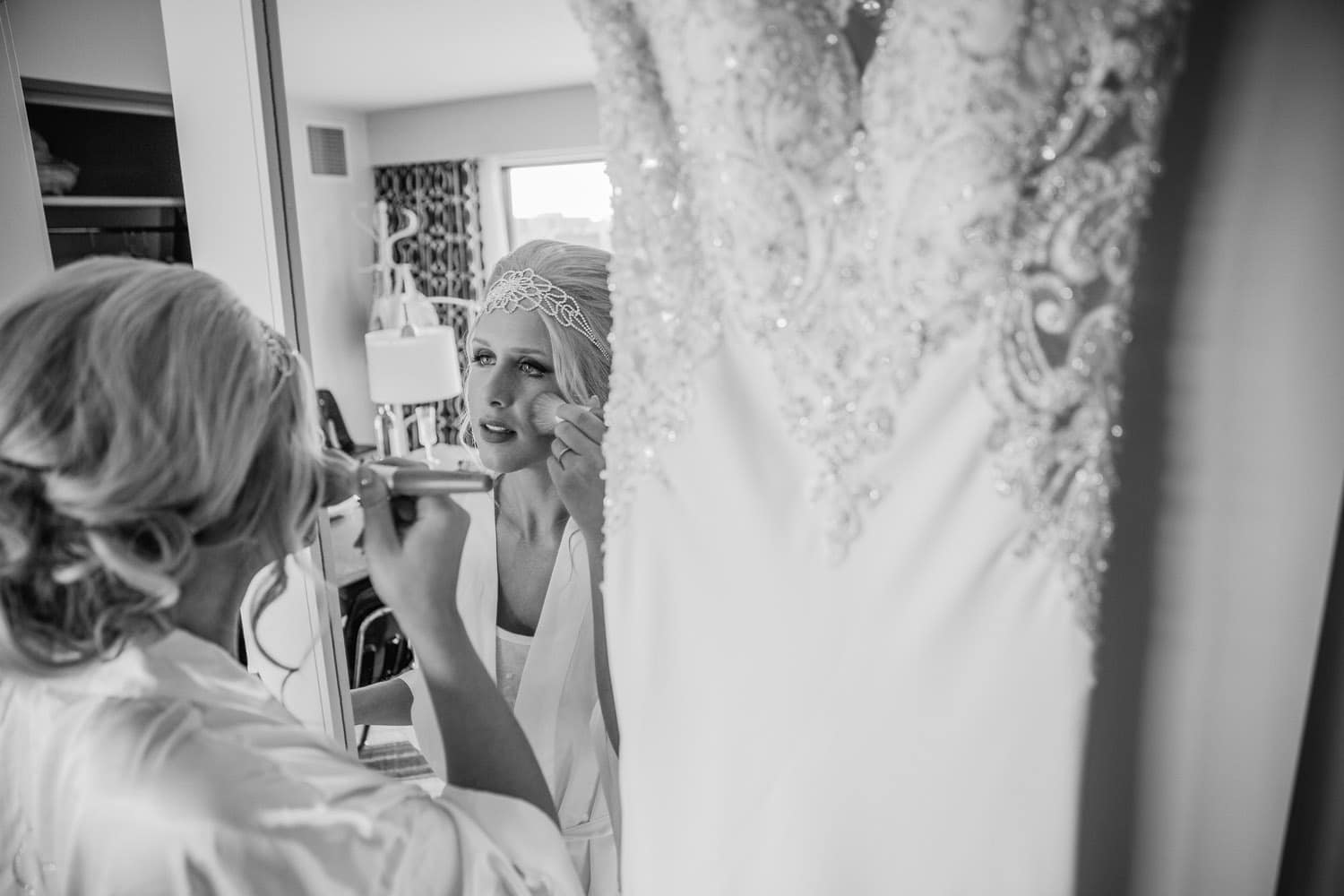 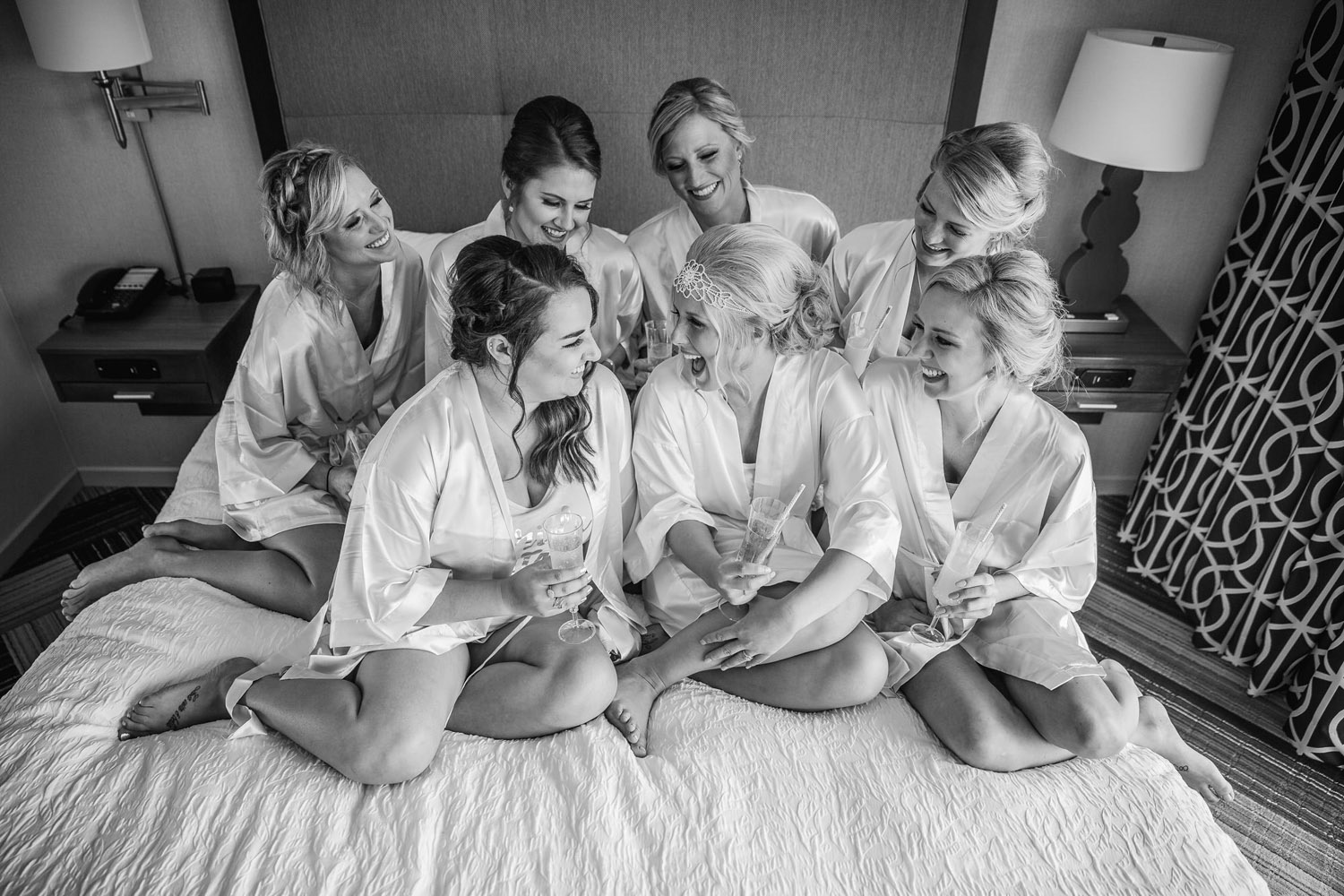 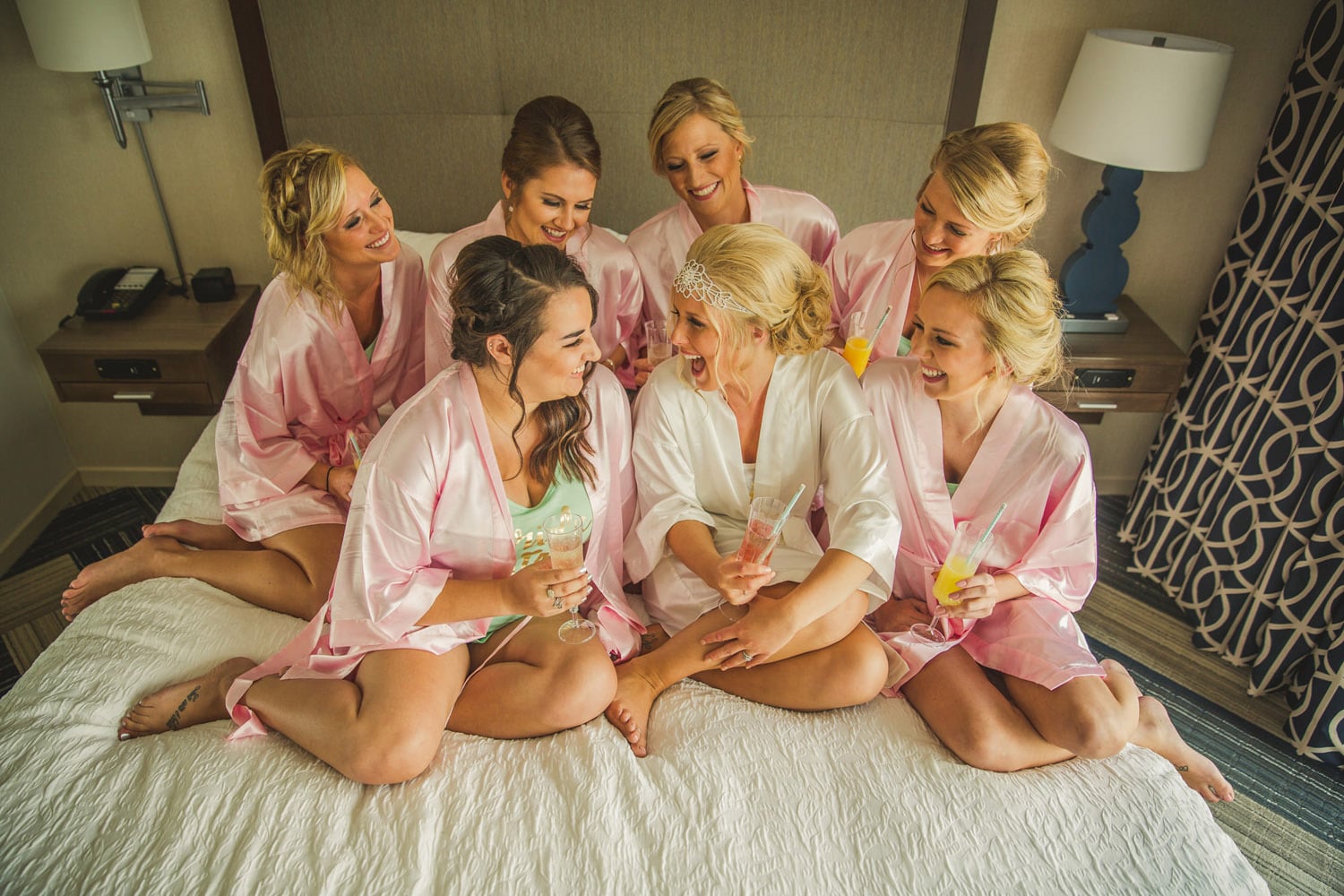 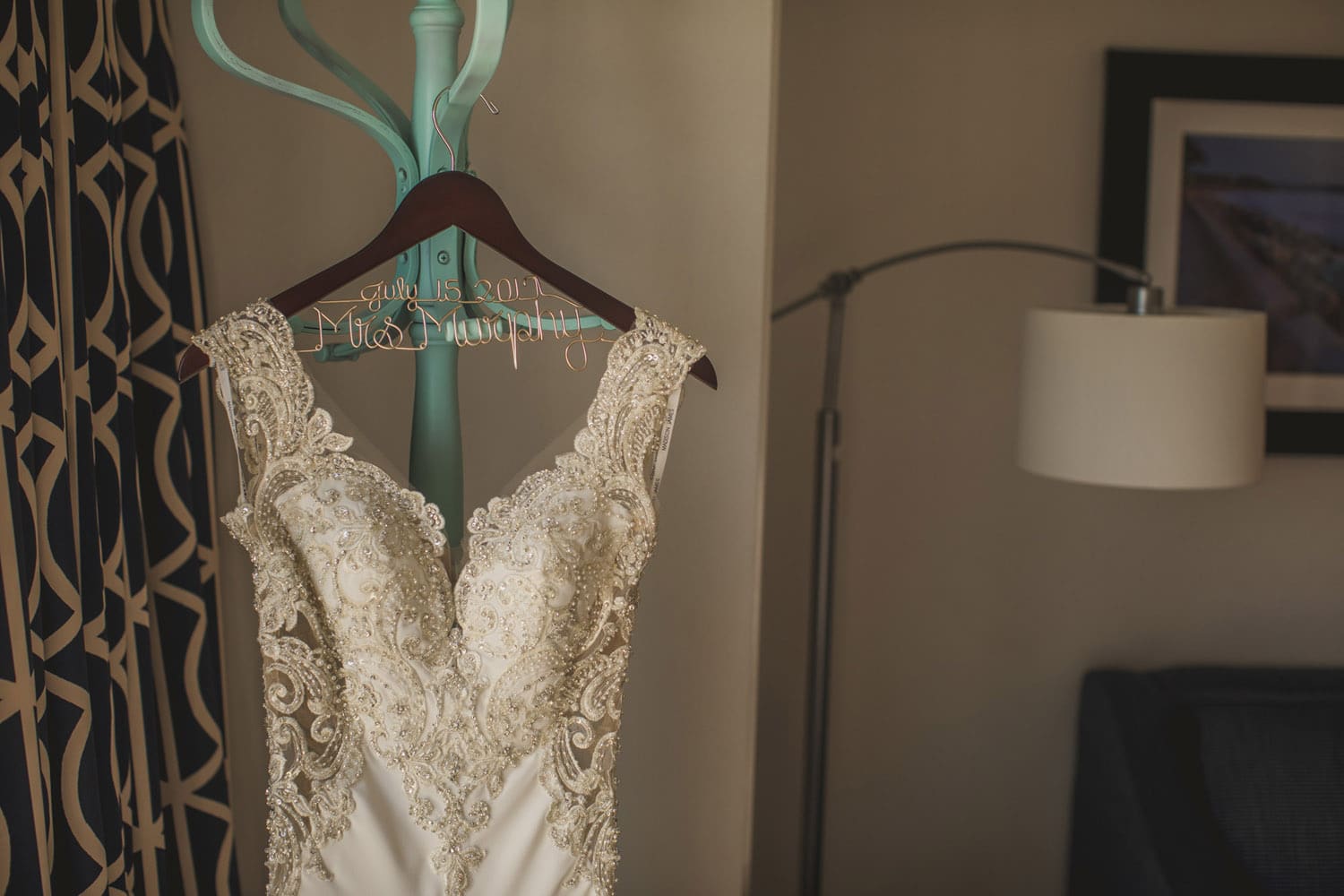 The ladies got into their gowns and rode the “Redneck Express” bus to Fox Hollow Golf Course, where the ceremony and reception took place. They worked as a team to tackle some last minute reception preparations, including setting up the couple’s delicious cupcake tower. 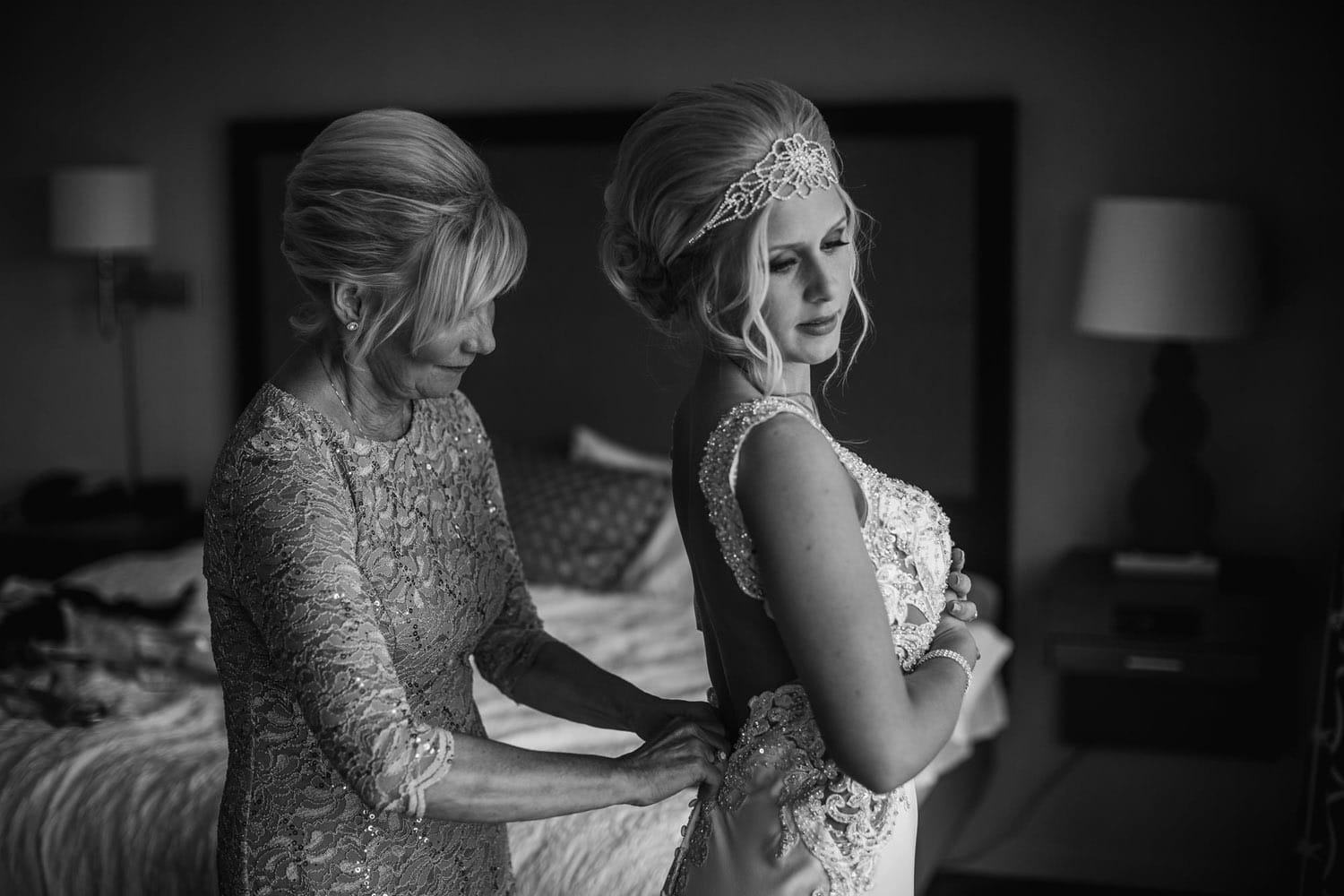 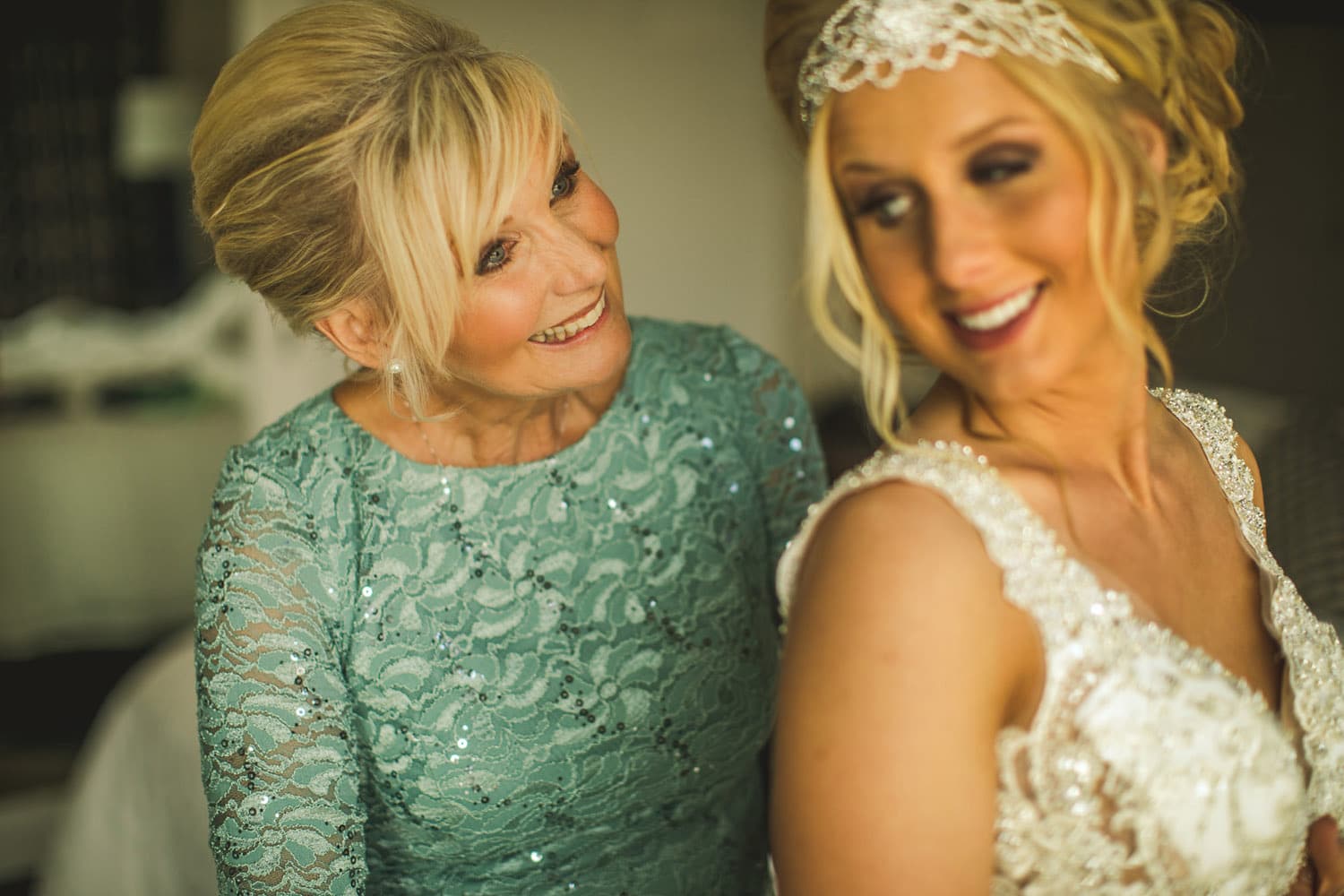 Meanwhile, Cade and his side of the wedding party got into their light grey suits and trousers, paired with a light seafoam colored necktie that matched the bridesmaids’ gowns. The Maid of Honor helped the men pin a bright coral pink boutonniere onto their jacket lapels. The guys beat the heat and enjoyed a few beers as they awaited the ceremony. Cade seemed excited and eager to see his bride Catherine. 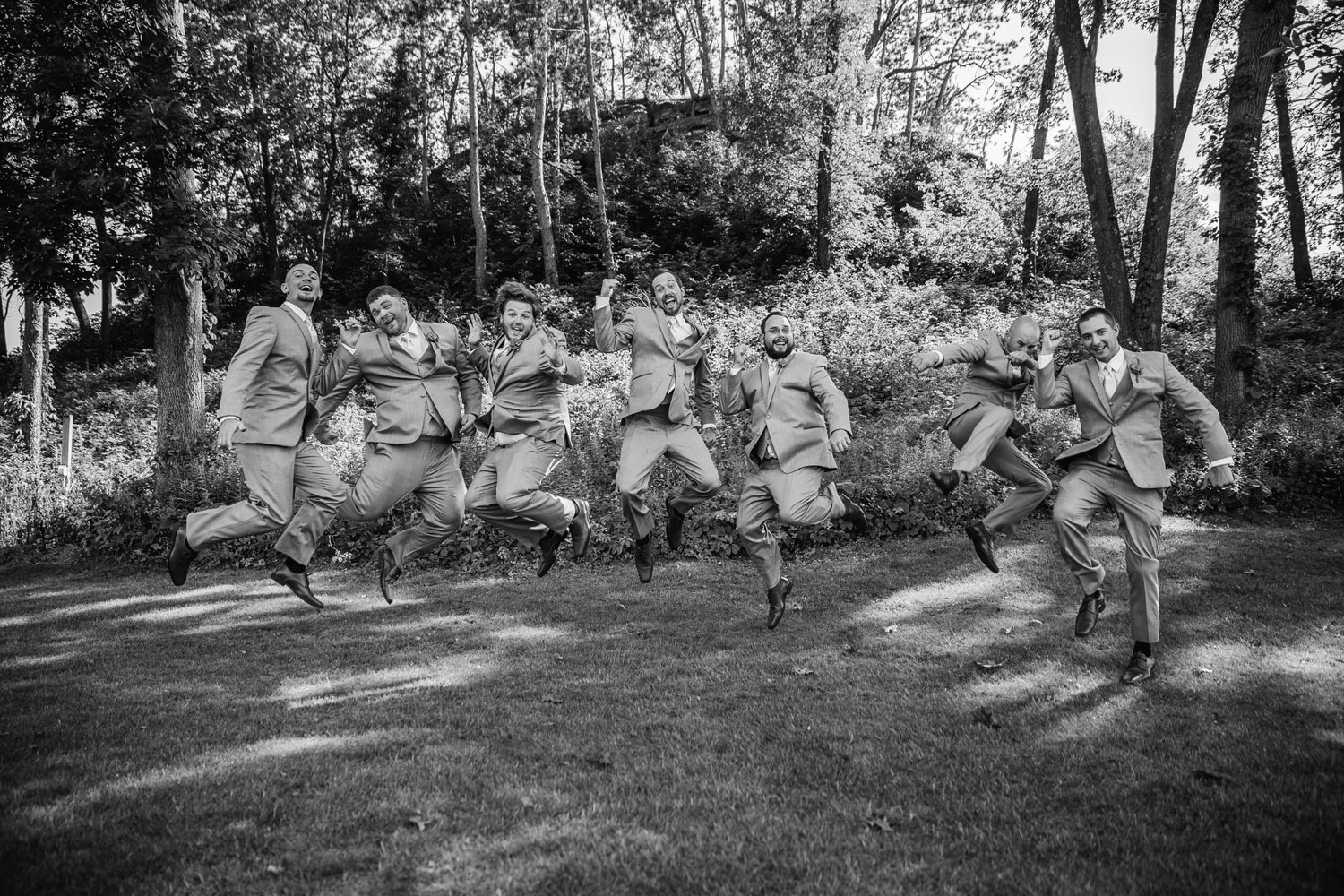 As the ceremony began, the guests lit up with joy and laughter as the “Ring Security”, which included Cade’s son, Knox, walked down the aisle. Styled in grey suits, sunglasses, and black suitcases bearing Catherine and Cade’s rings, the two boys made their way to the front as the song, “Men in Black” played over the speakers. Cade embraced his son Knox, who was smiling ear to ear, in a heartfelt hug. 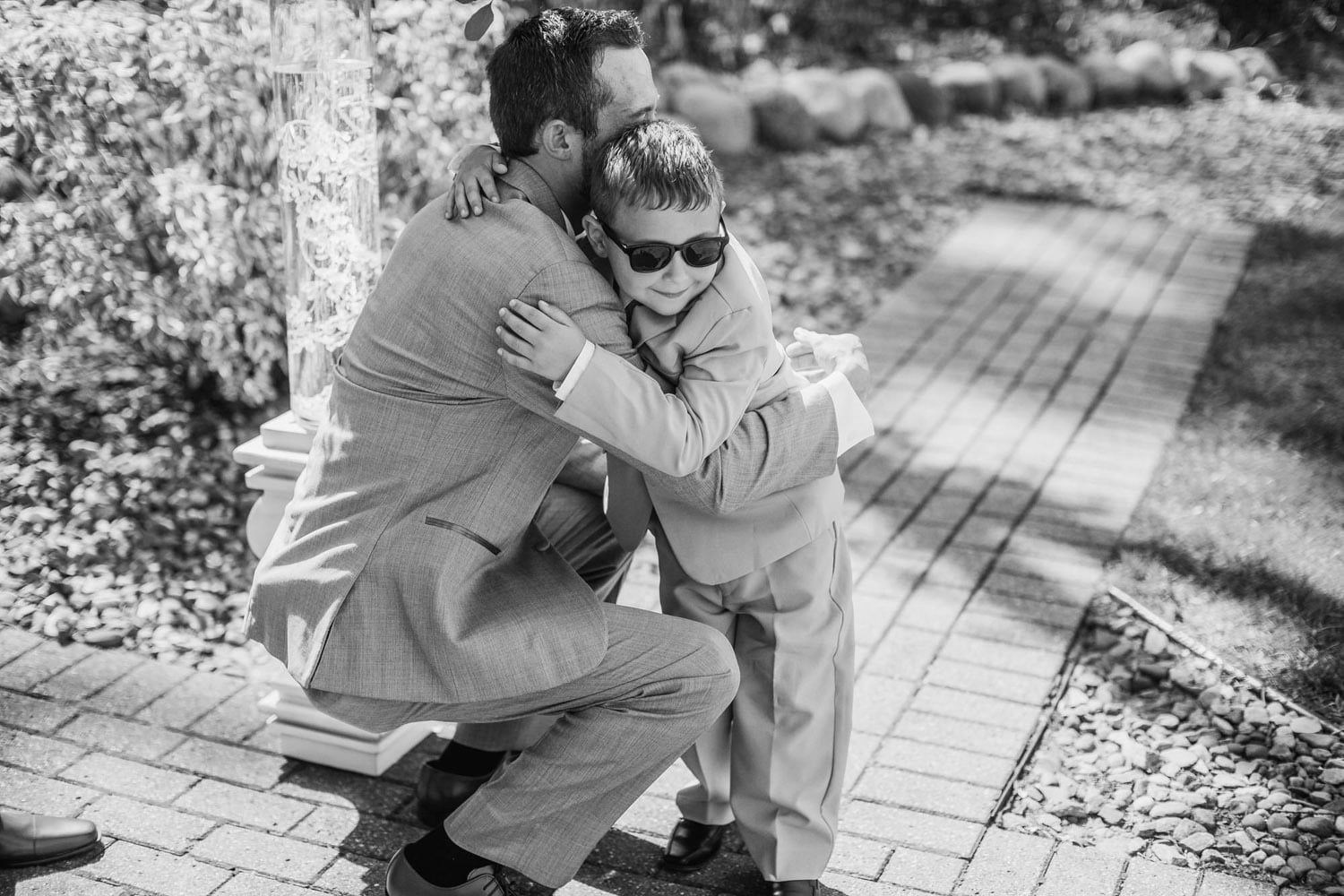 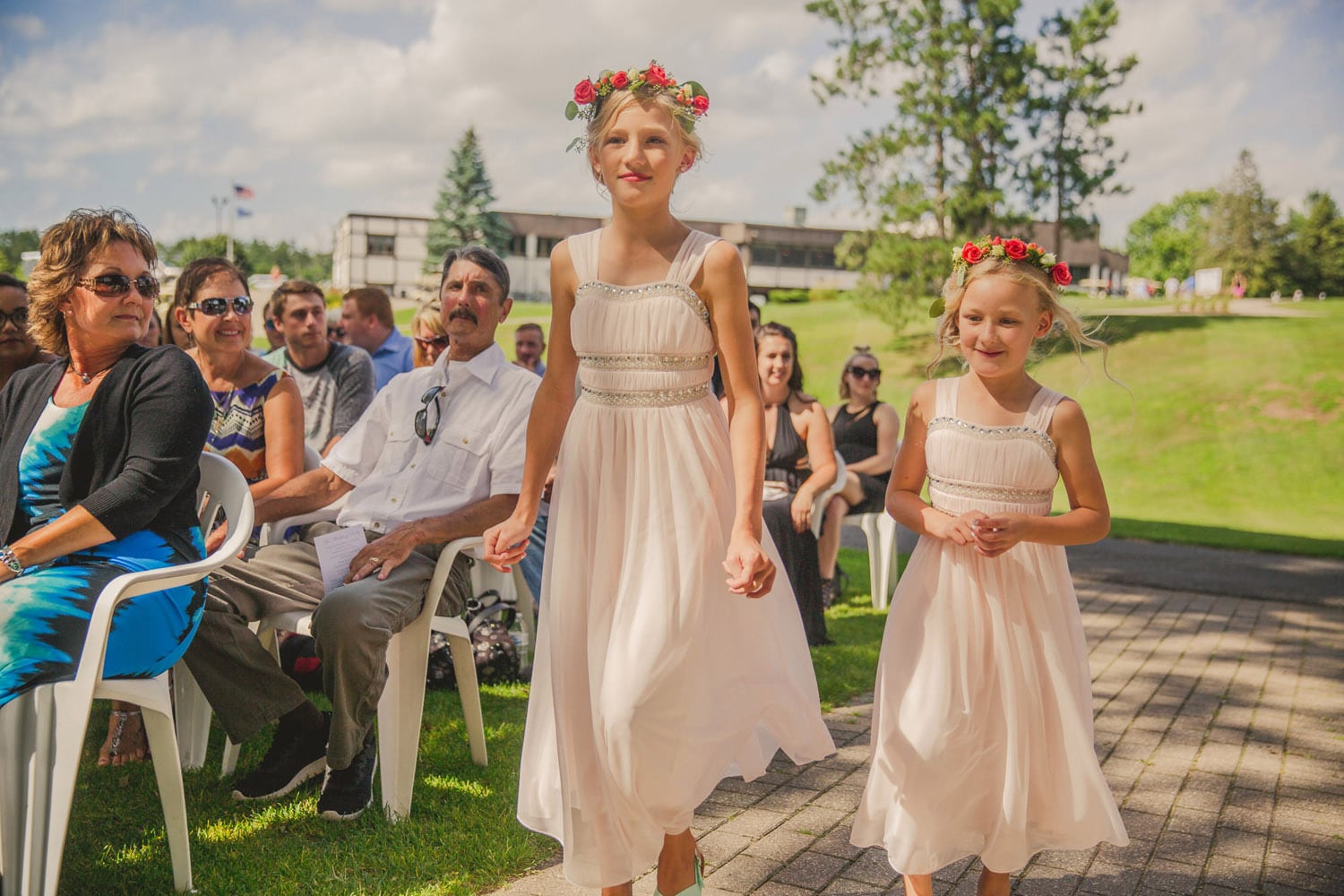 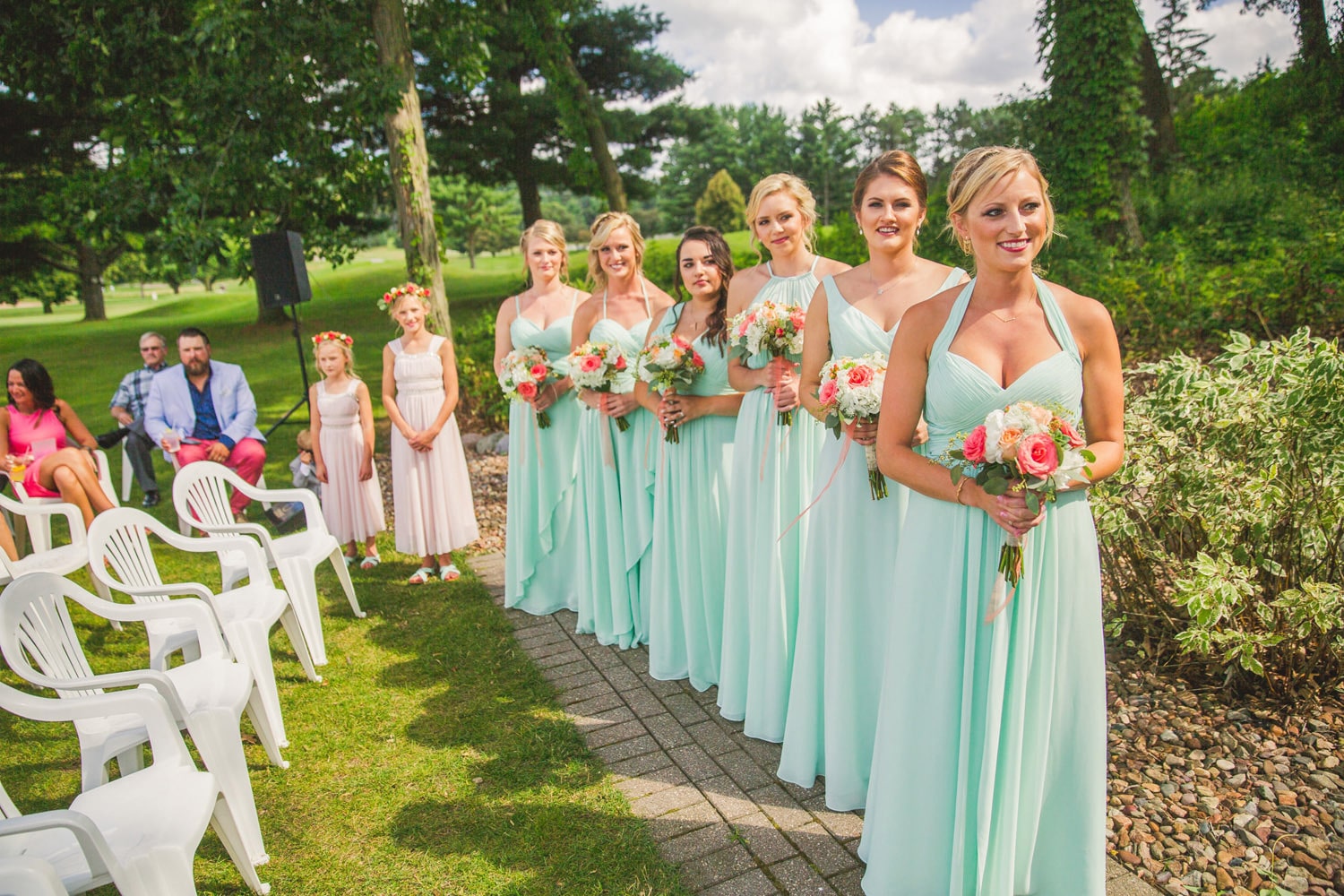 The wedding party continued down the aisle, and as bride Catherine made her way toward the wedding aisle, the clouds in the sky miraculously parted, illuminating the details of her gown. Cade’s reaction to the first glimpse at his soon-to-be wife was priceless. It was reminiscent of the quote from the movie 27 Dresses, where the main character explains, “You know when the music starts and the bride makes her big entrance and everybody turns to look at her? That’s when I look at the groom. ‘Cause his face says it all. Y’know, the pure love there.” Overwhelmed with emotion, he closed his eyes for a moment and fought back tears as Catherine approached him. 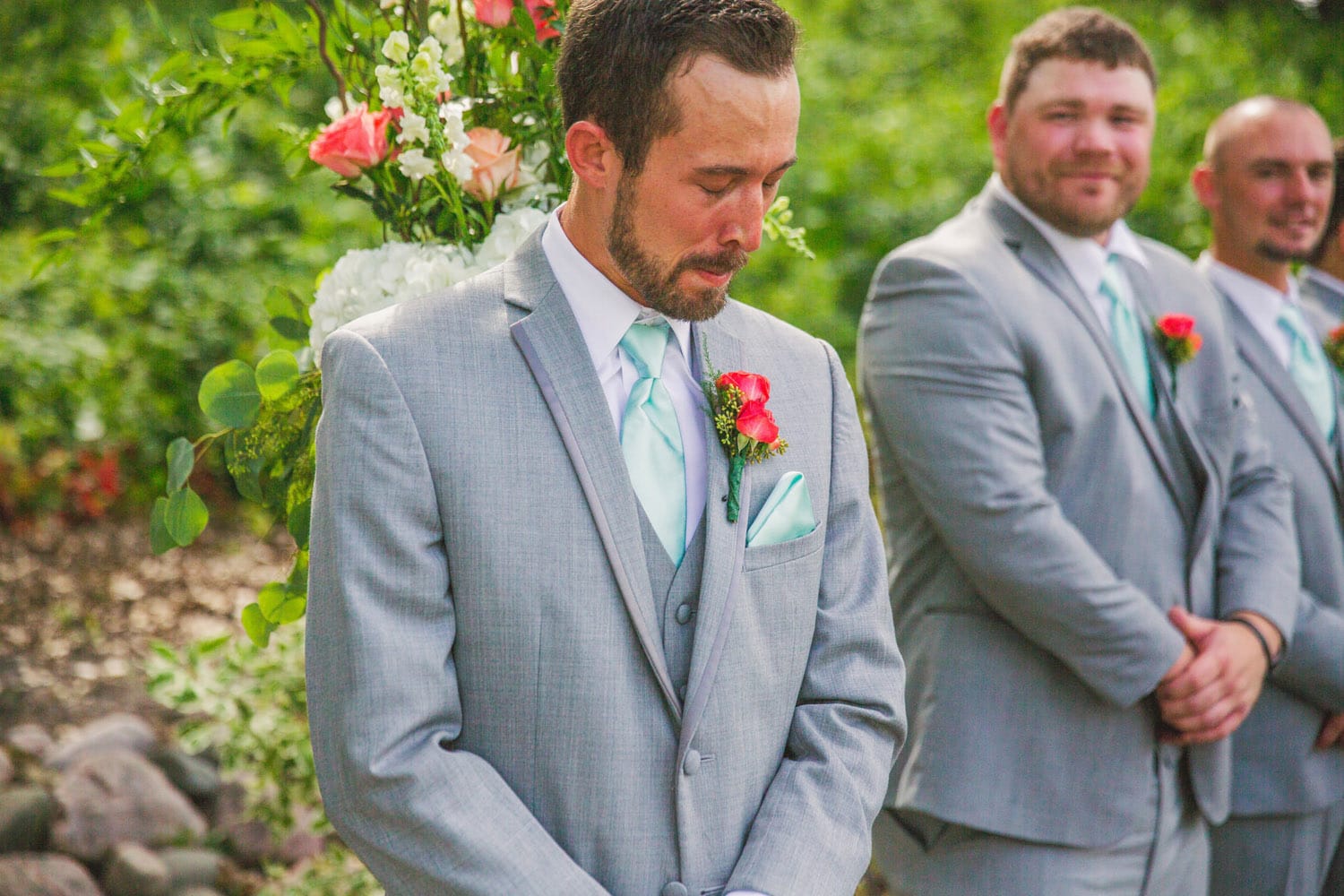 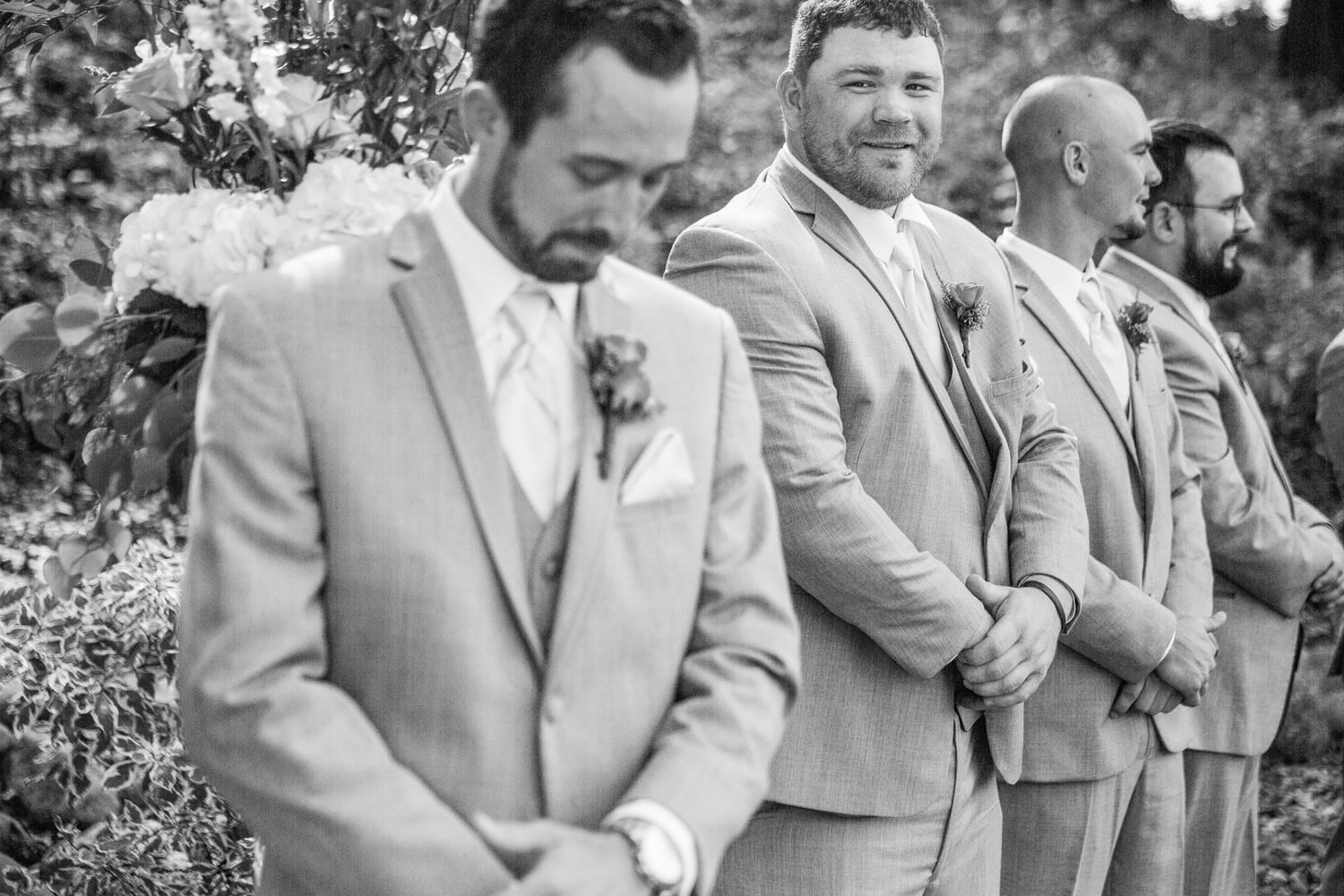 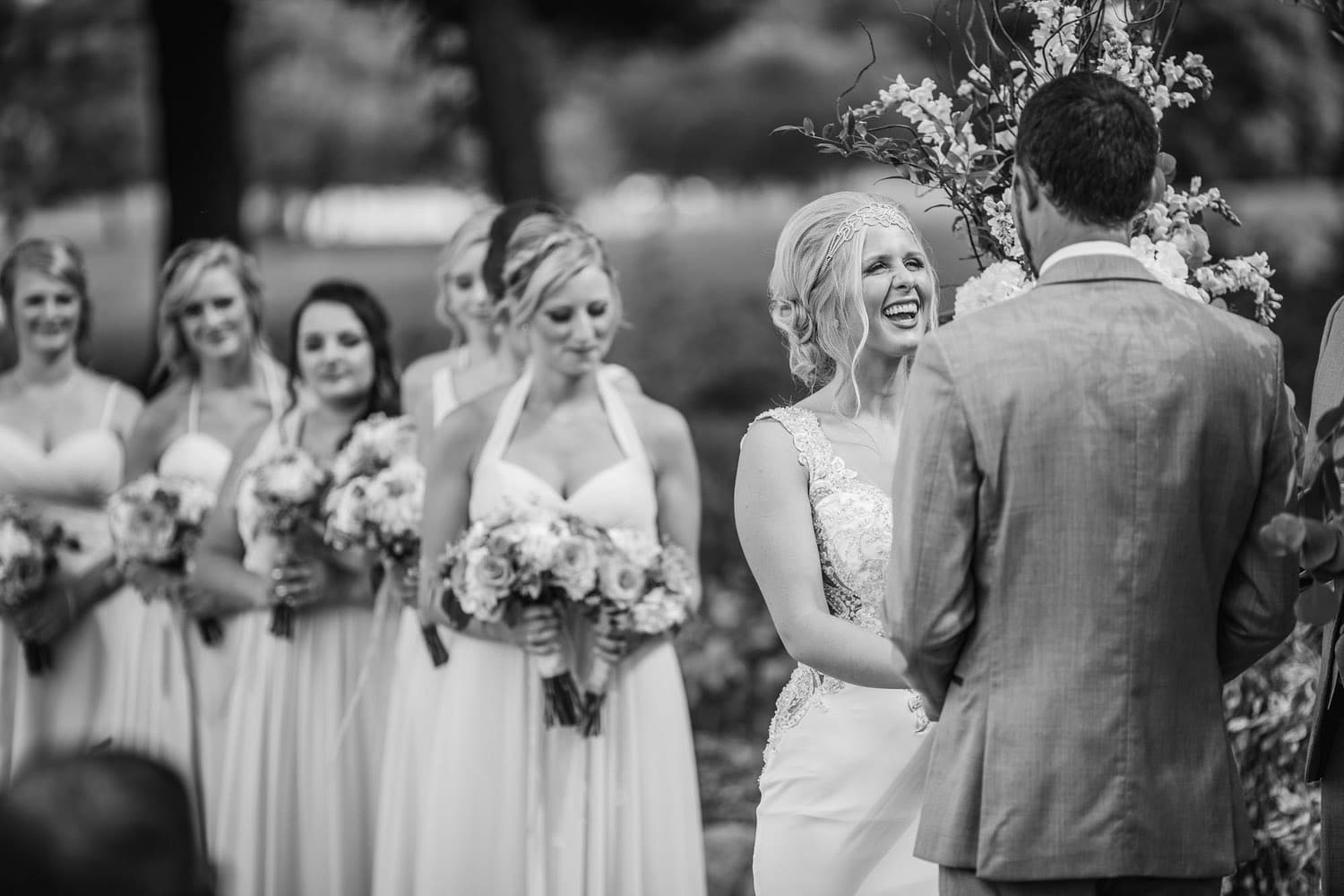 The couple held hands during the ceremony as their friend officiated, and you could tell that any jitters they may have had earlier in the day were gone; they were calm in each other’s presence. When pronounced husband and wife and after their first kiss, the couple held hands and raised their arms together in celebration of tying the knot. 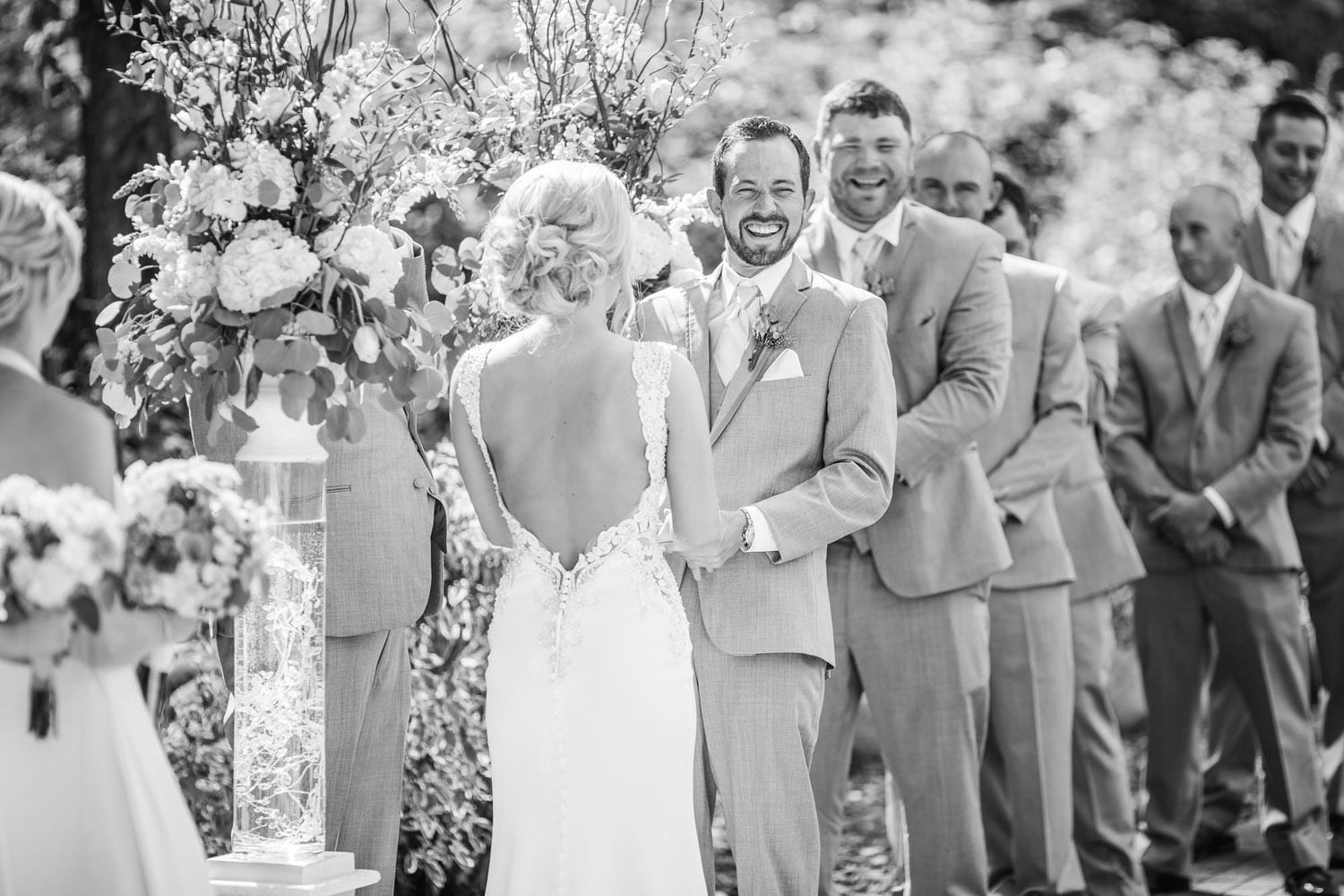 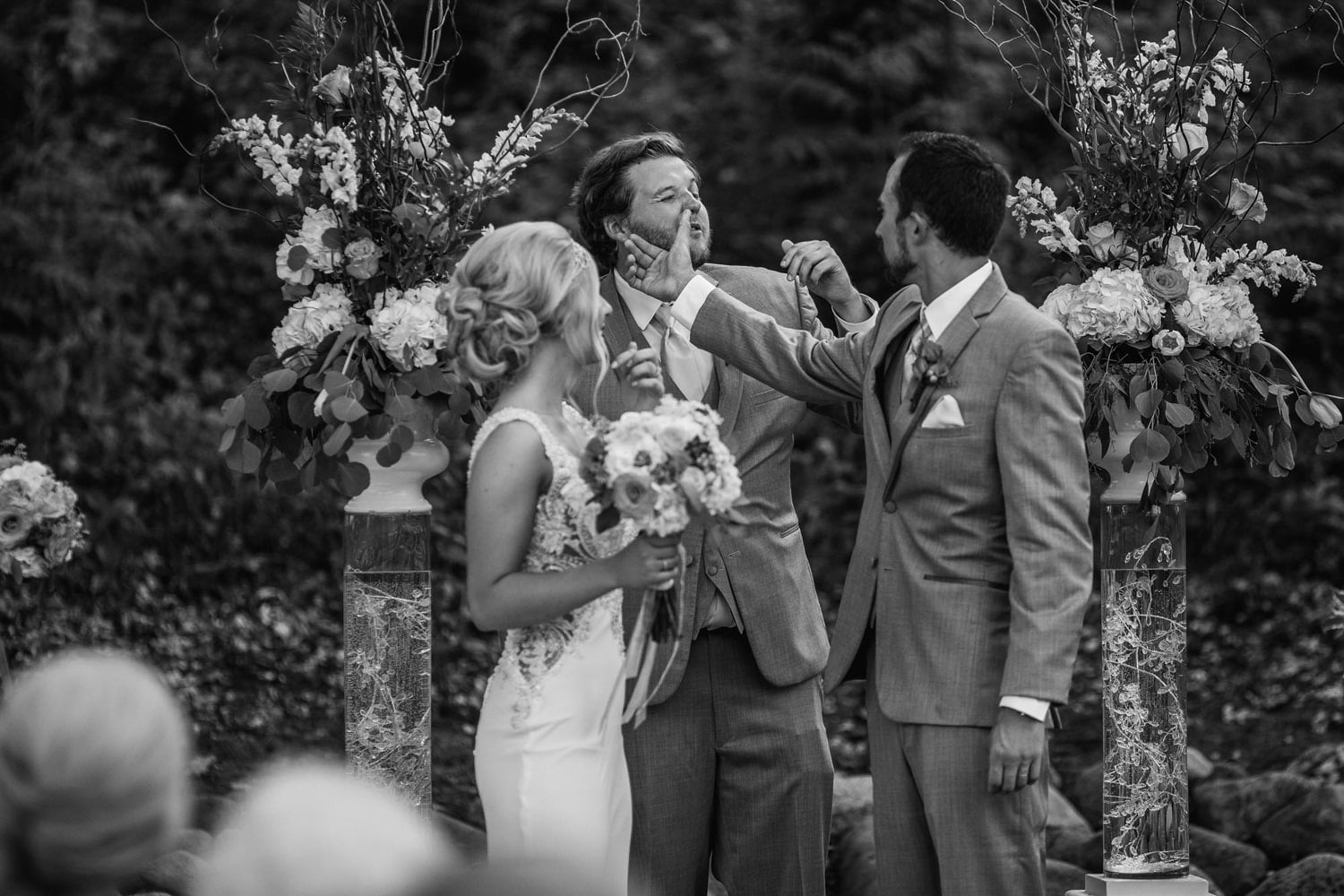 During the ceremony, and into the photos and reception, it was apparent that humor is a main “ingredient” in this couple’s “recipe” so to speak. Upon arriving to their table after the Grand March, Cade discovered he’d been “Iced”, as there was a Smirnoff Ice drink awaiting him at his seat. Being a good sport, the groom followed suit, getting down on one knee and chugging the drink. Inside jokes, funny stories, and animated faces kept everyone laughing throughout the late afternoon and into the evening.

Knox enjoyed the “Shoe Game” put on during the reception, where Cade and Catherine sat in chairs back to back on the dance floor. Exchanging one of their own shoes for one of their partners, the DJ read off questions, for example, “Who is more messy?” or, “Who is the better kisser?” and both Cade and Catherine held up either their own shoe or the others, not looking until after they answer to see which shoe is in the air. Knox was laughing and chiming in with his own answers, keeping friends and family chuckling throughout the game.

While guests lit up the dance floor, Cade and Catherine snuck away to take some more photographs. The open space at Fox Hollow Golf Course, paired with that night’s breathtaking sunset made for some stunning images the couple can cherish for the rest of their lives together. 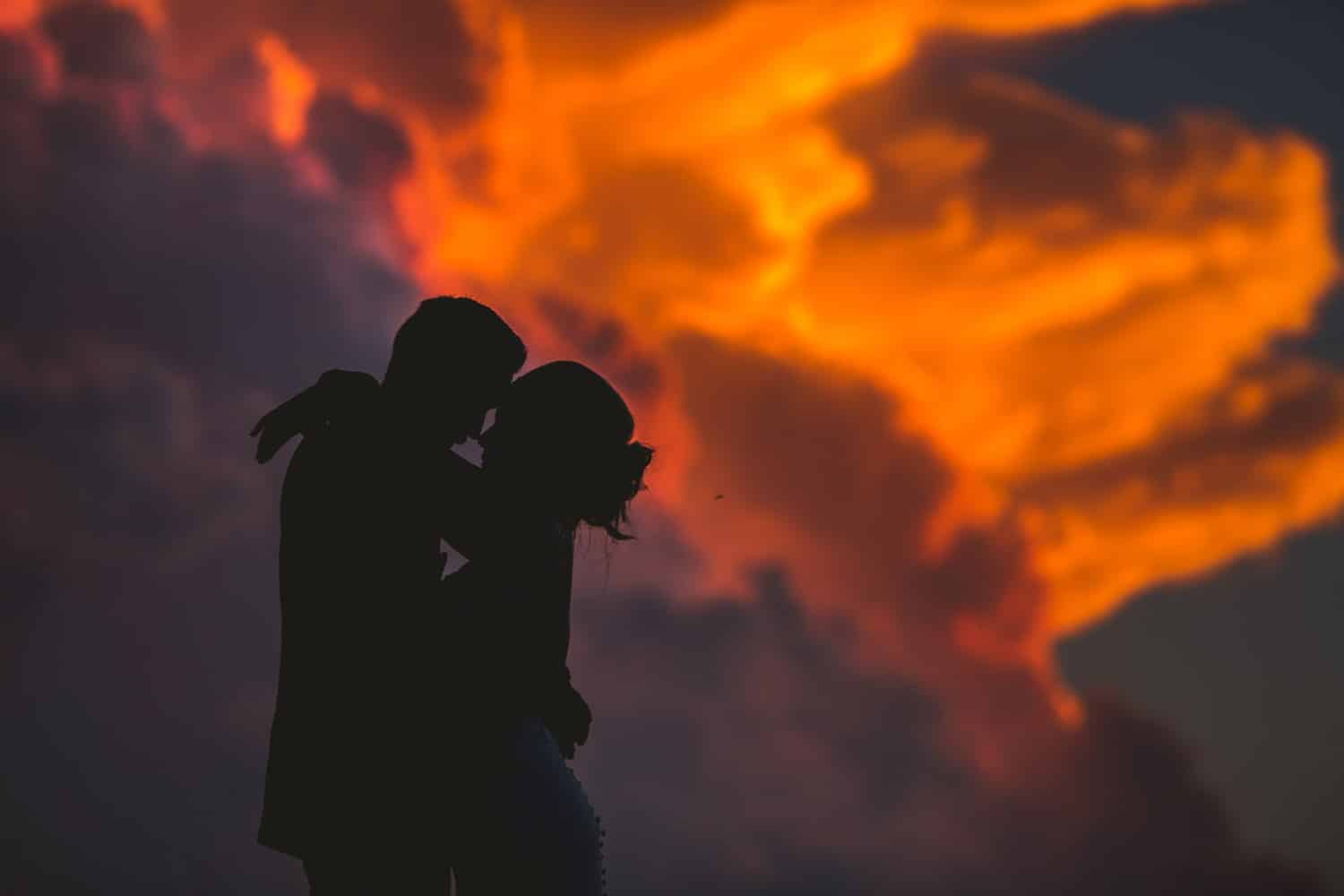 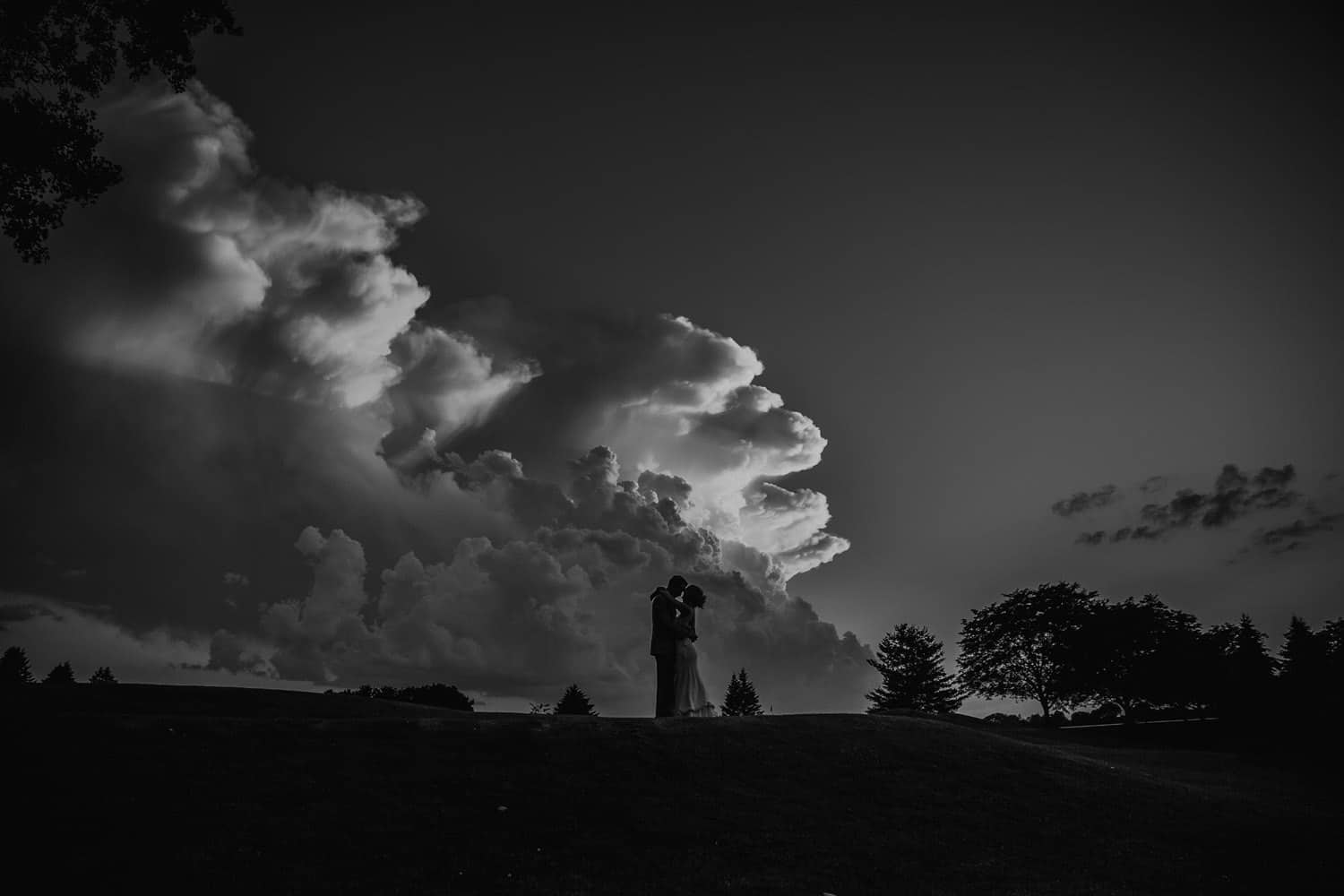 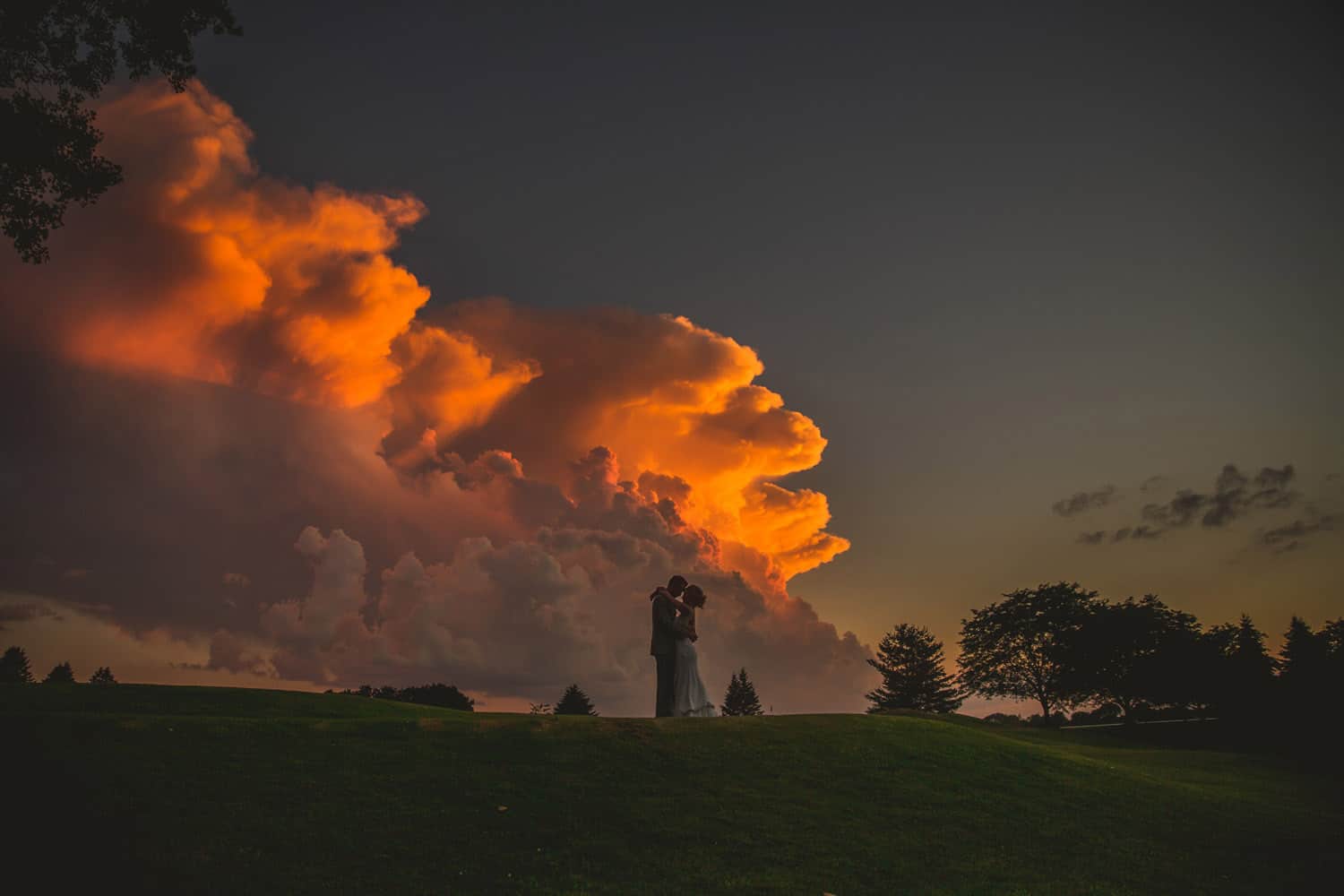 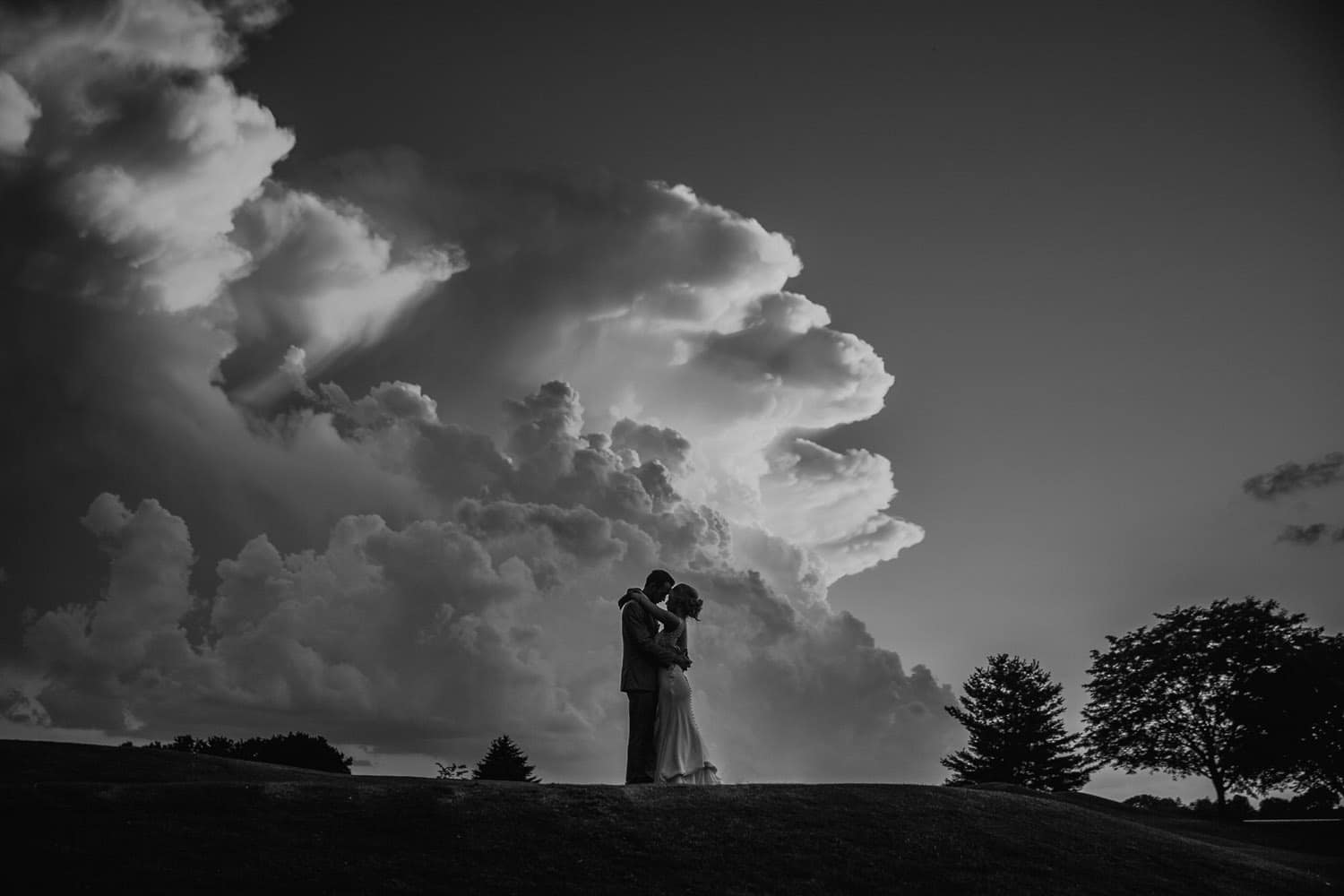 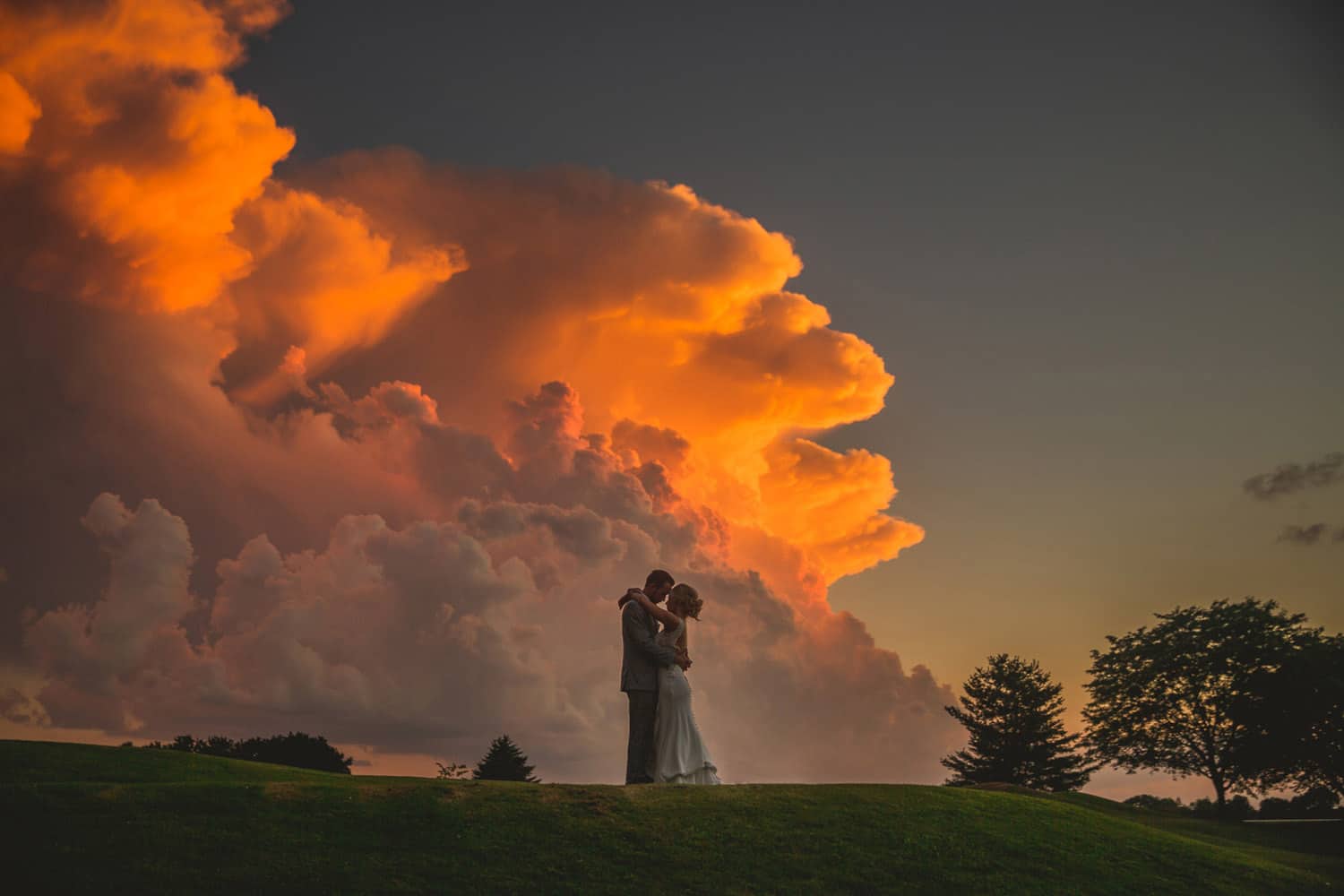 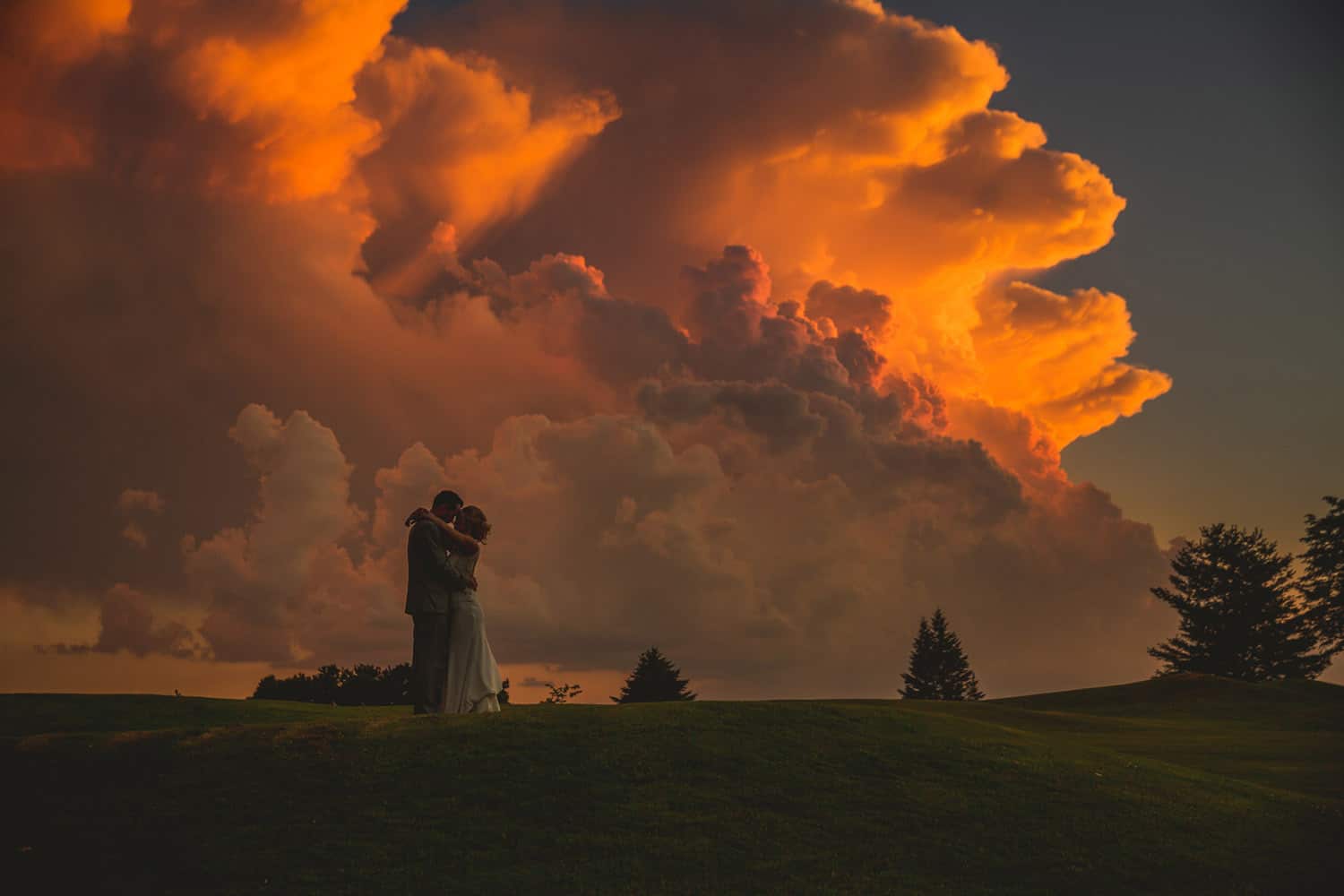 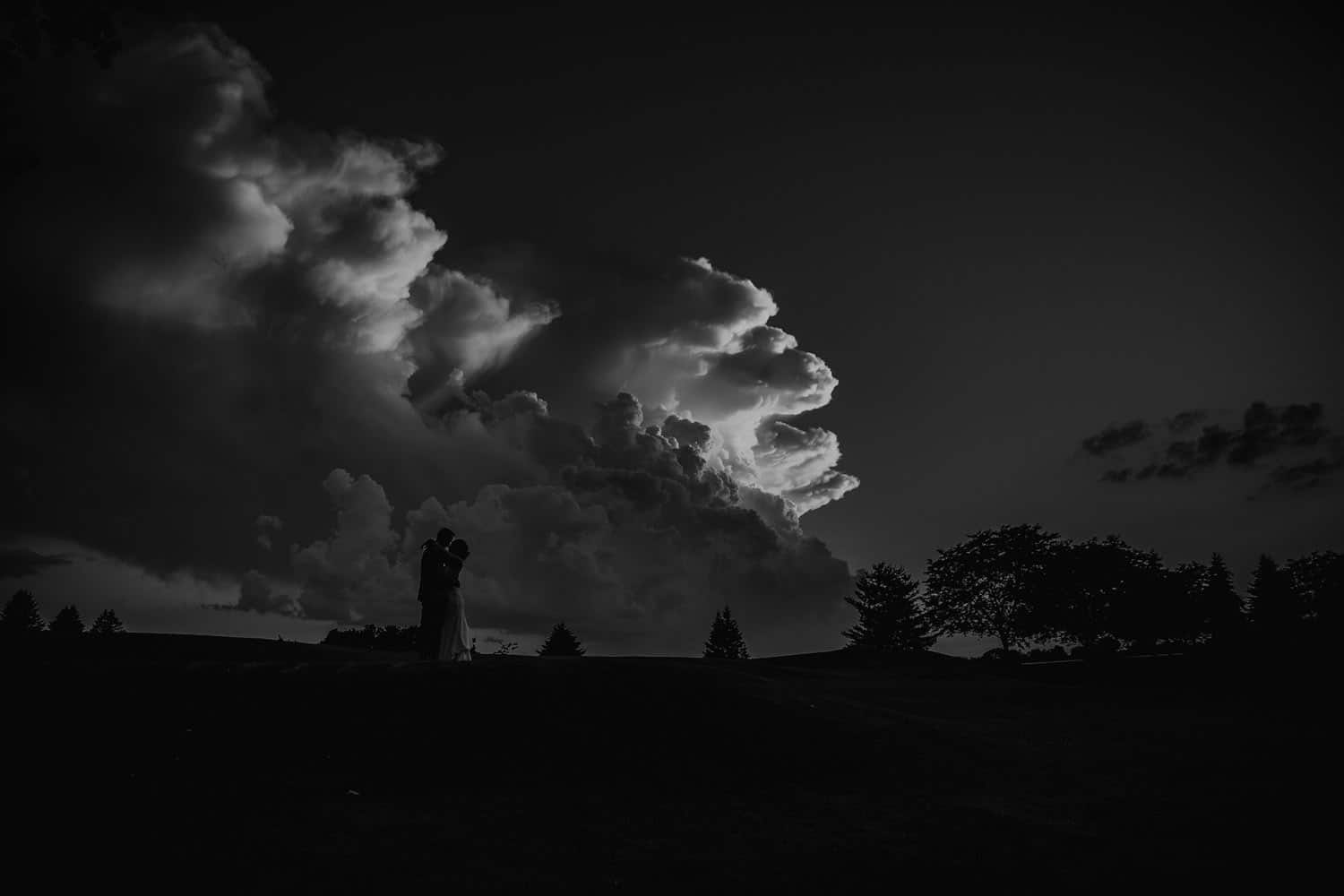 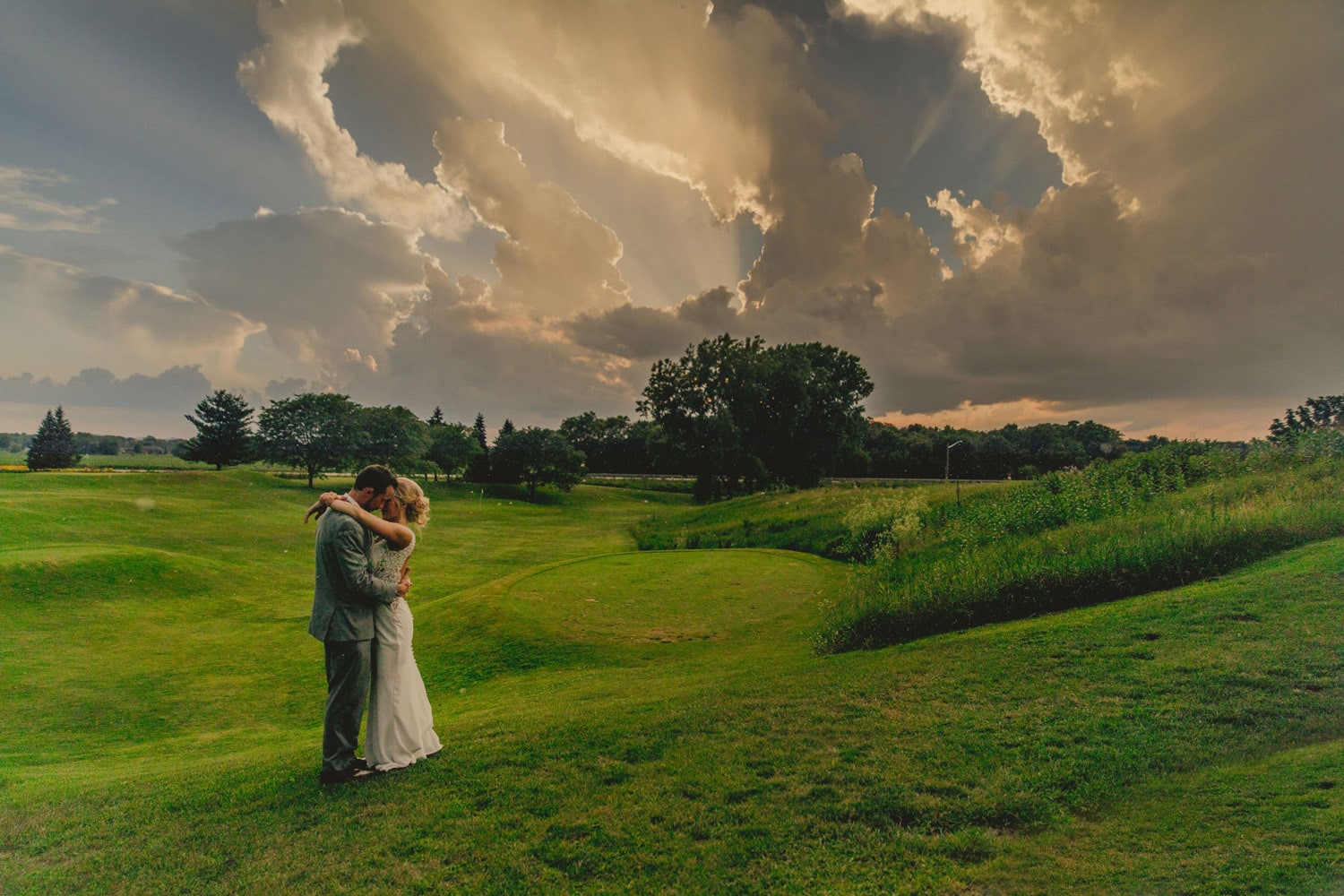