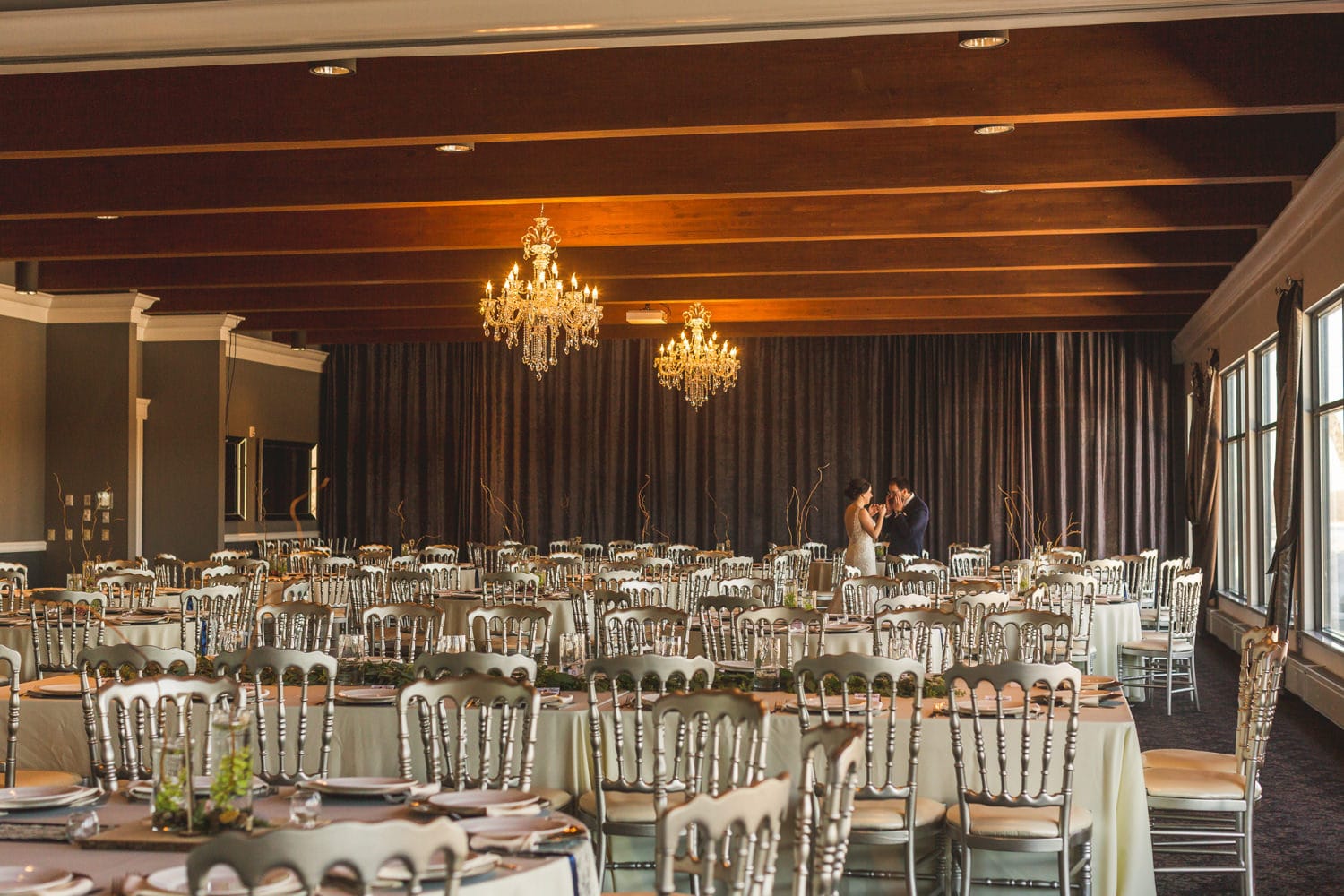 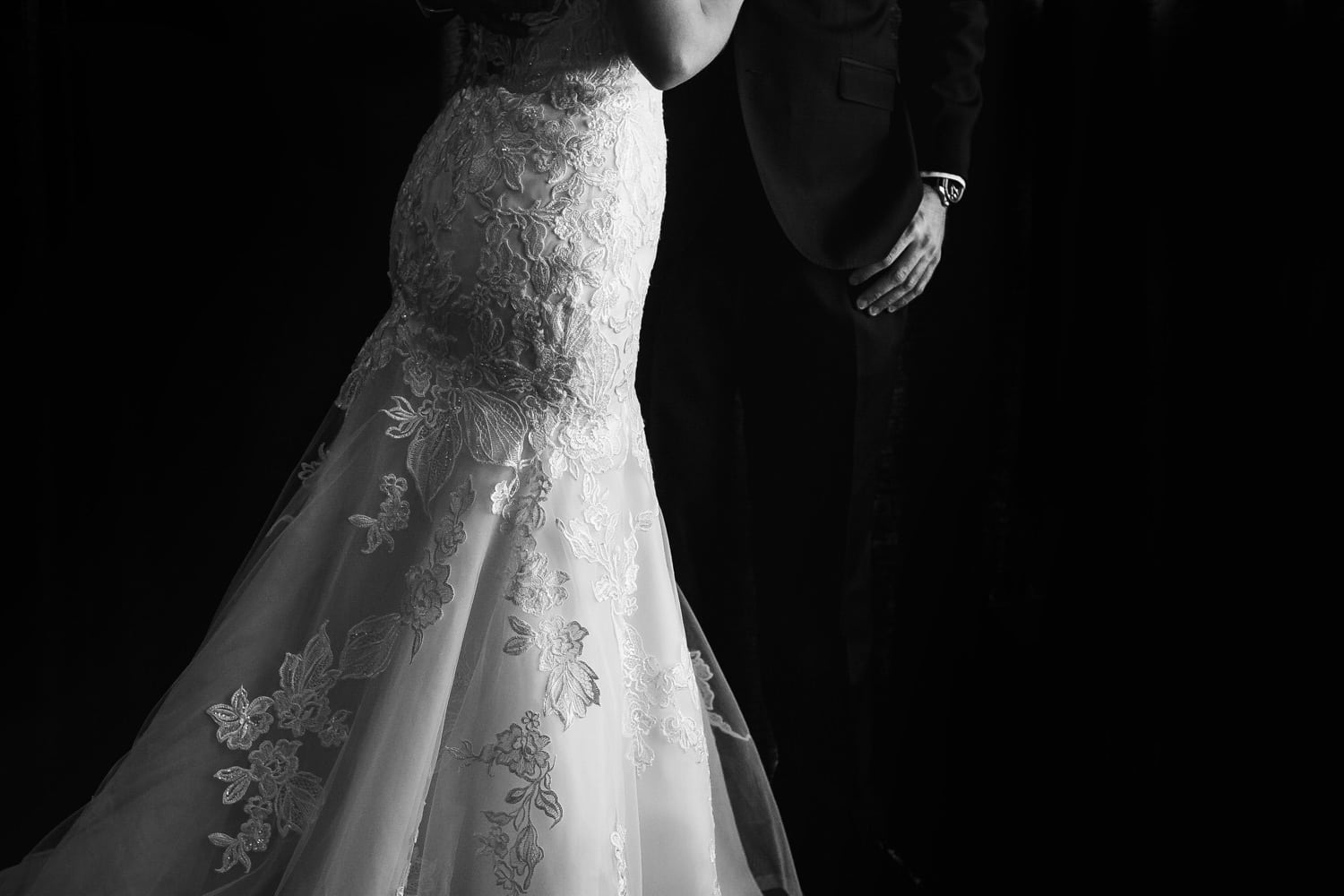 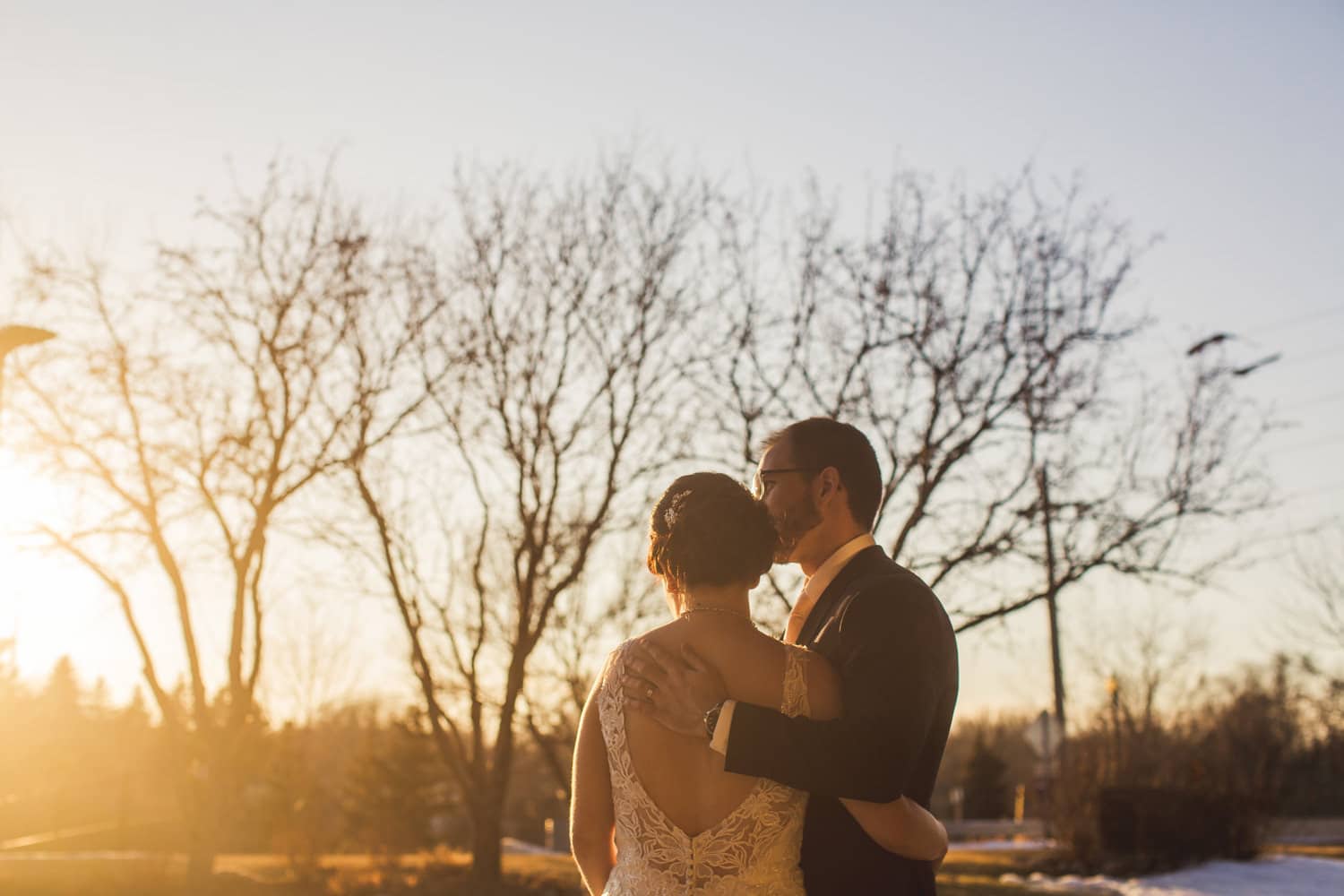 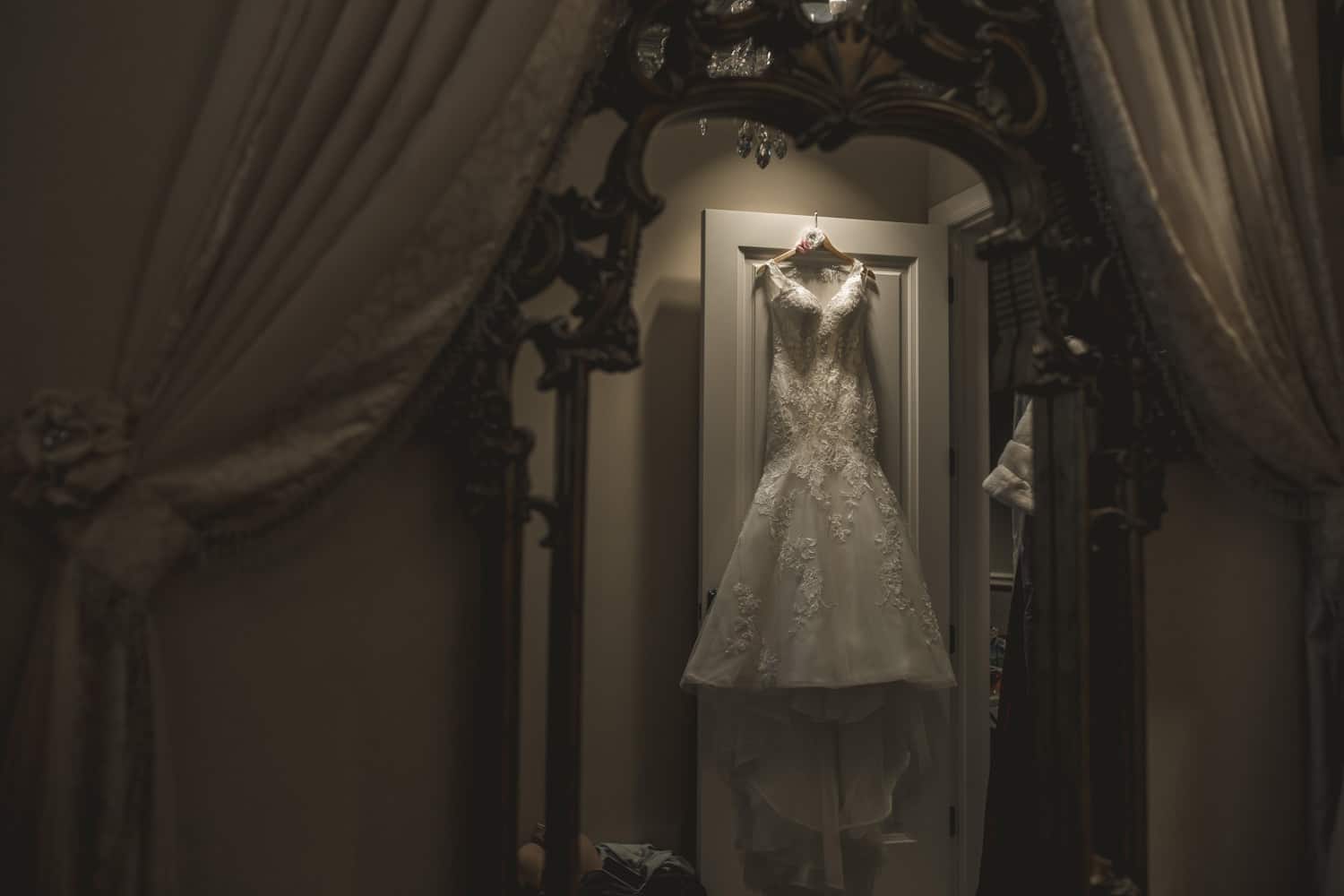 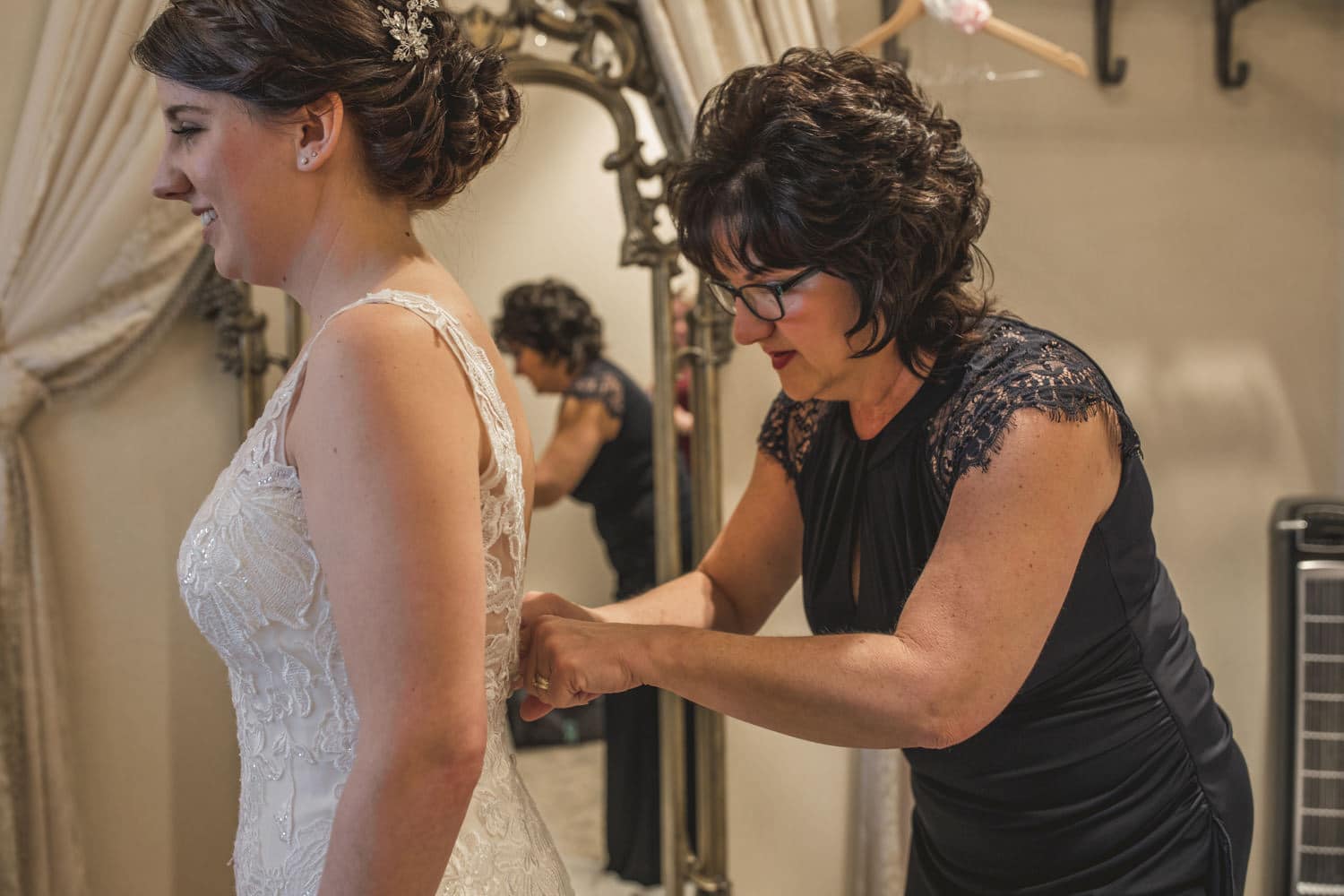 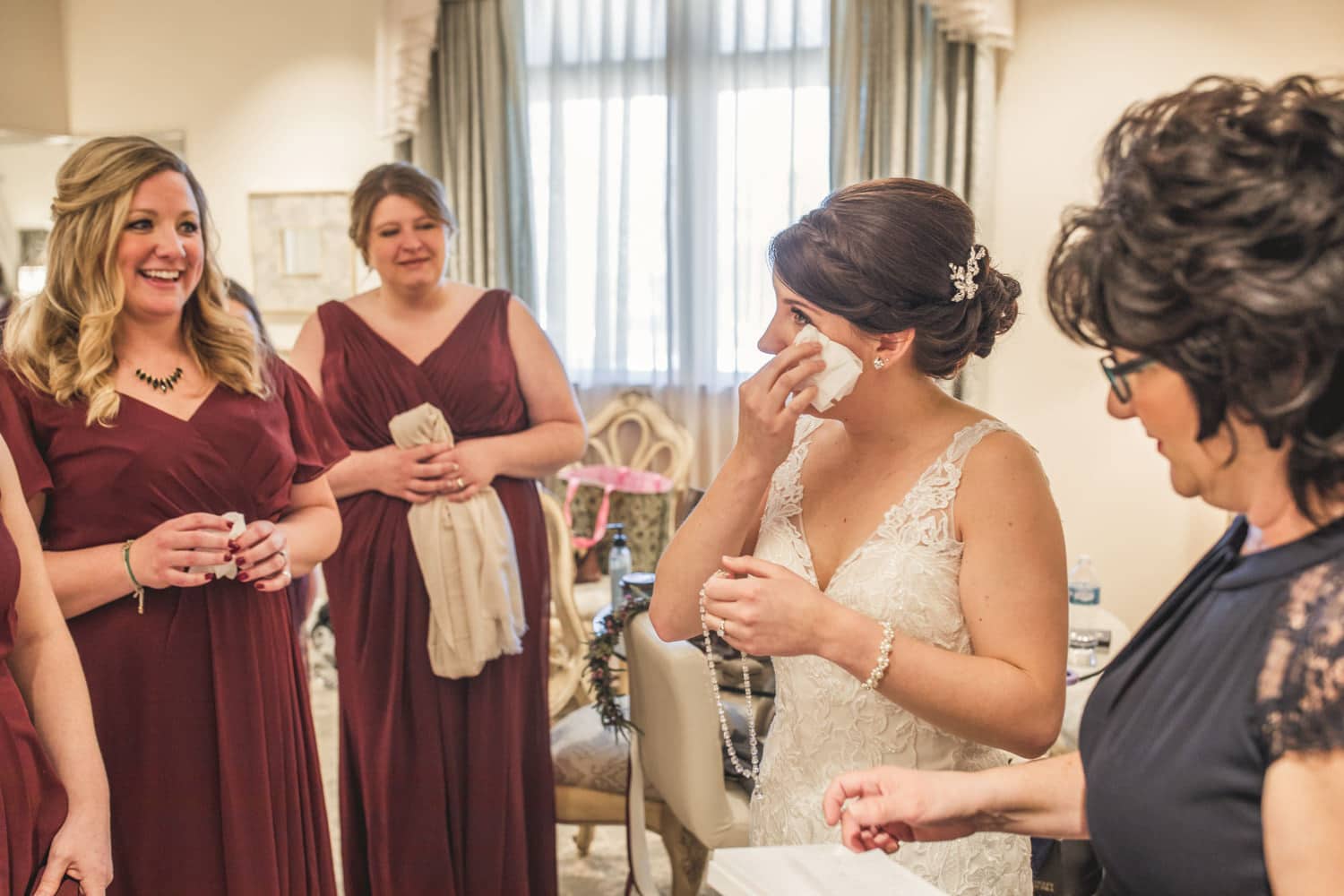 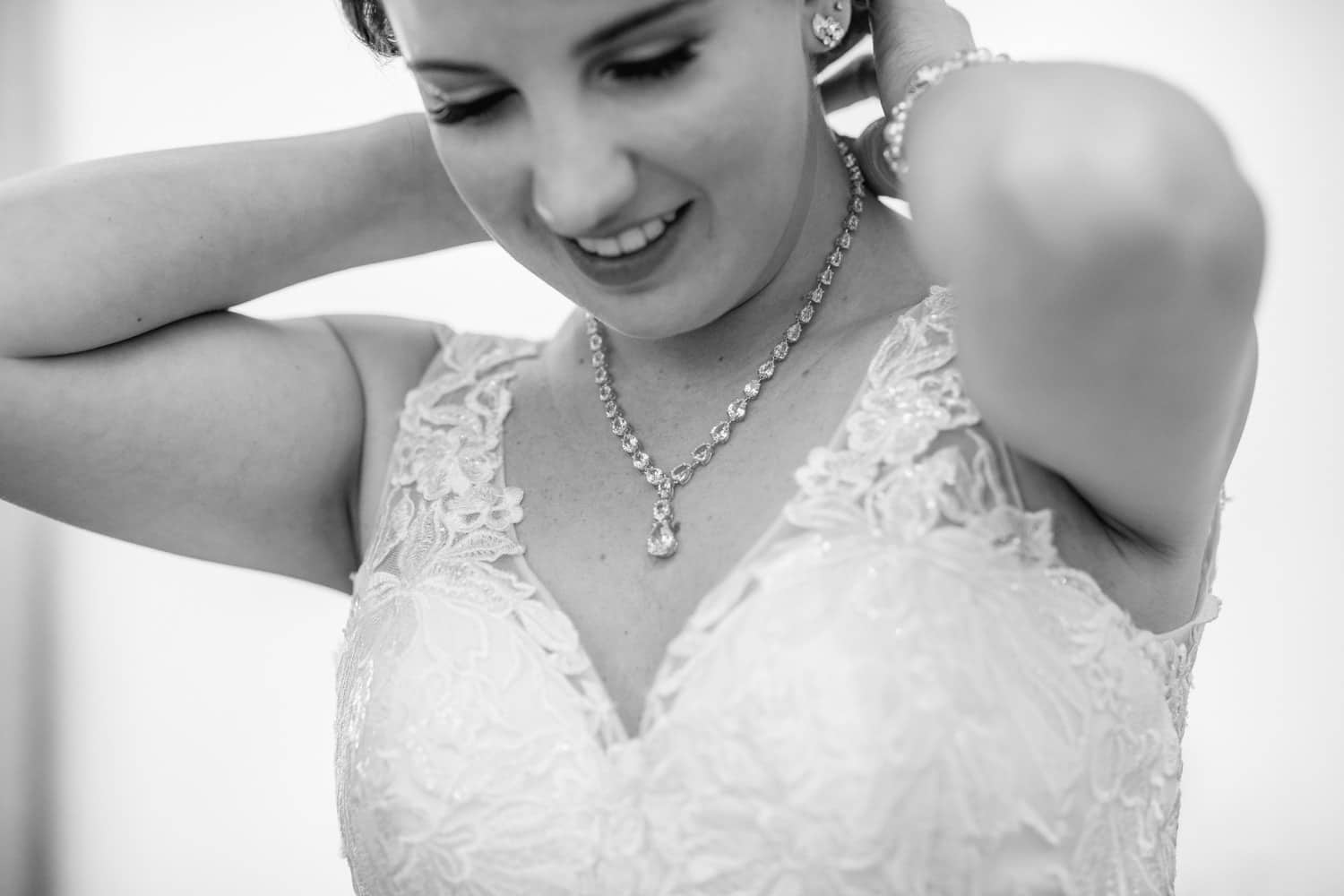 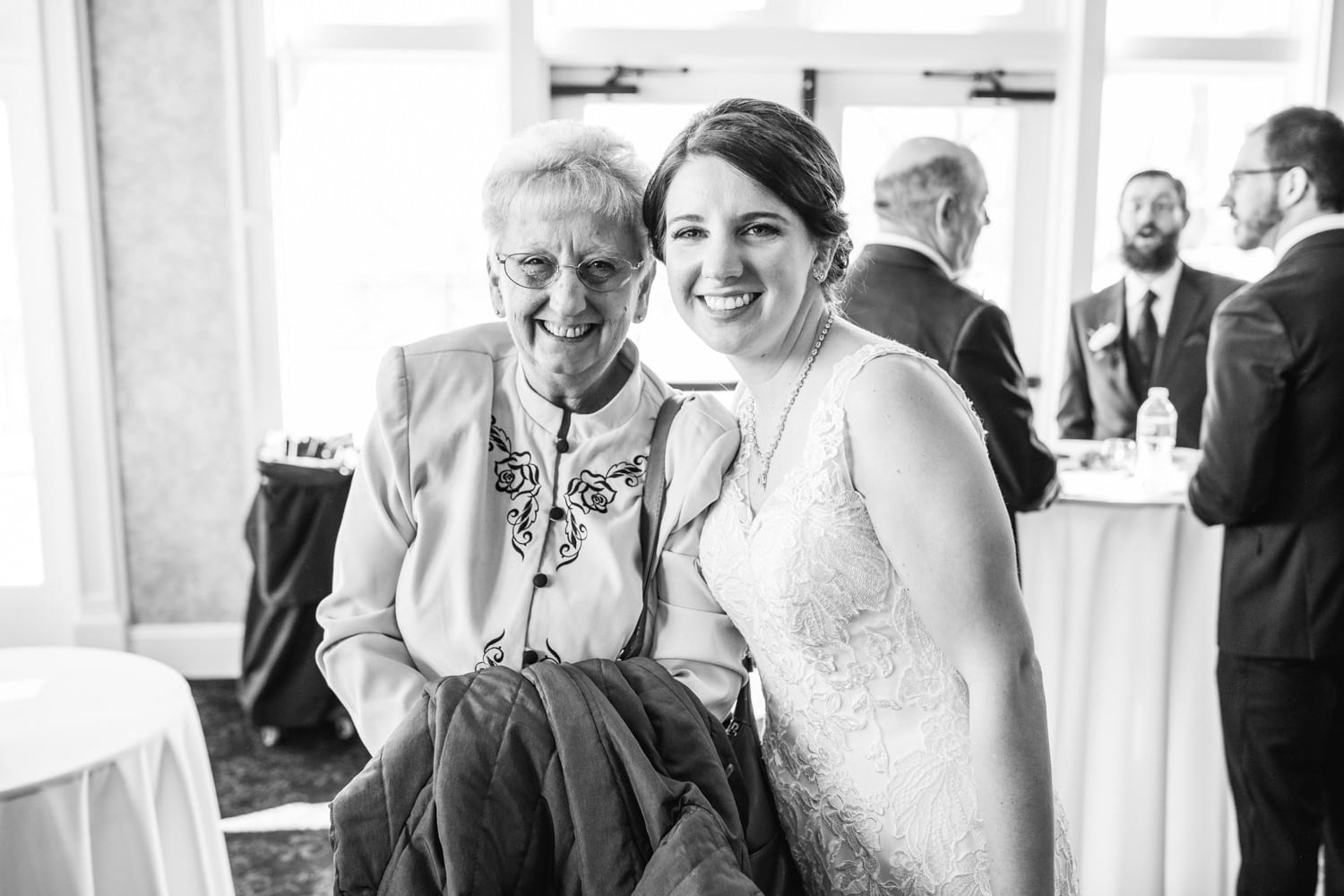 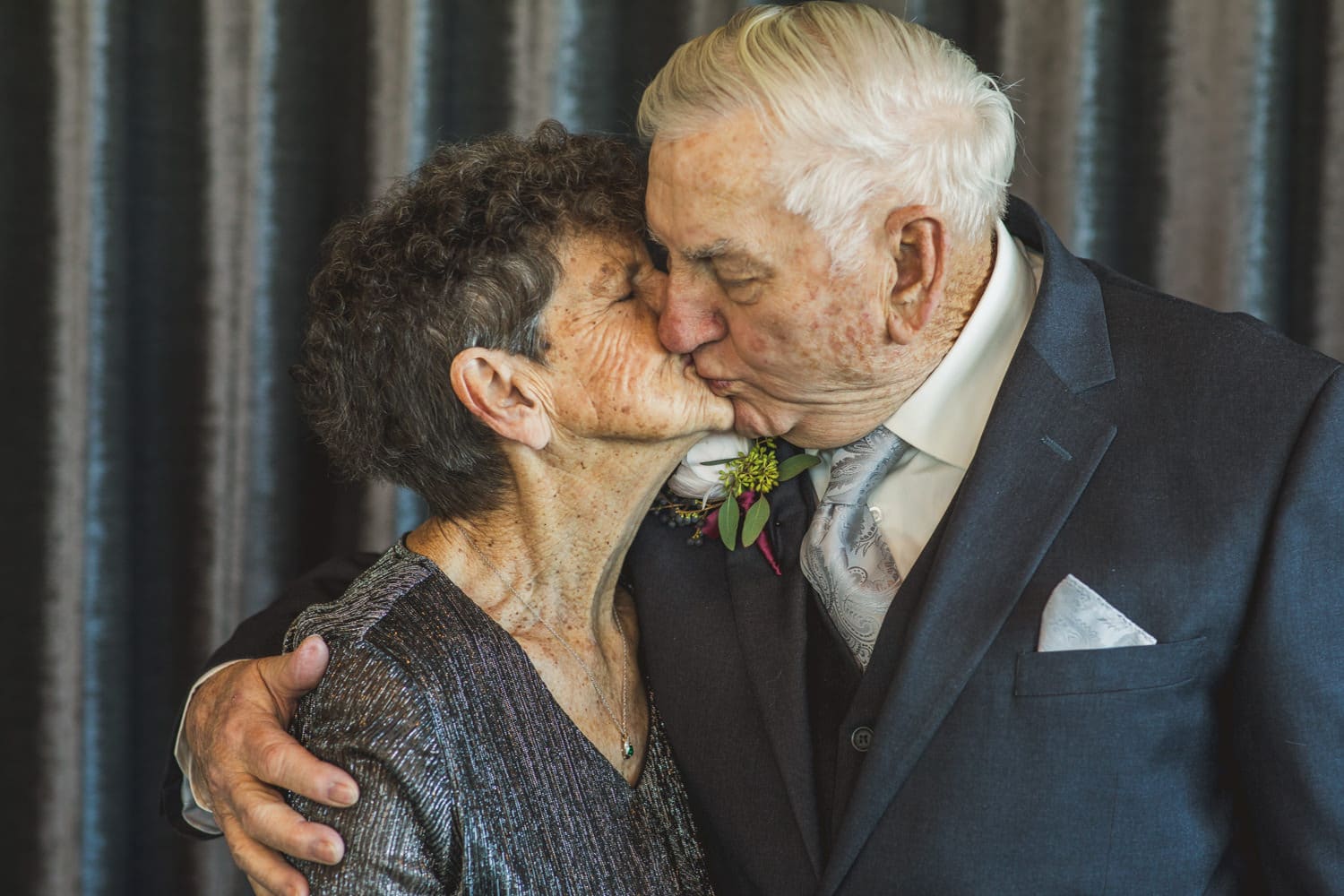 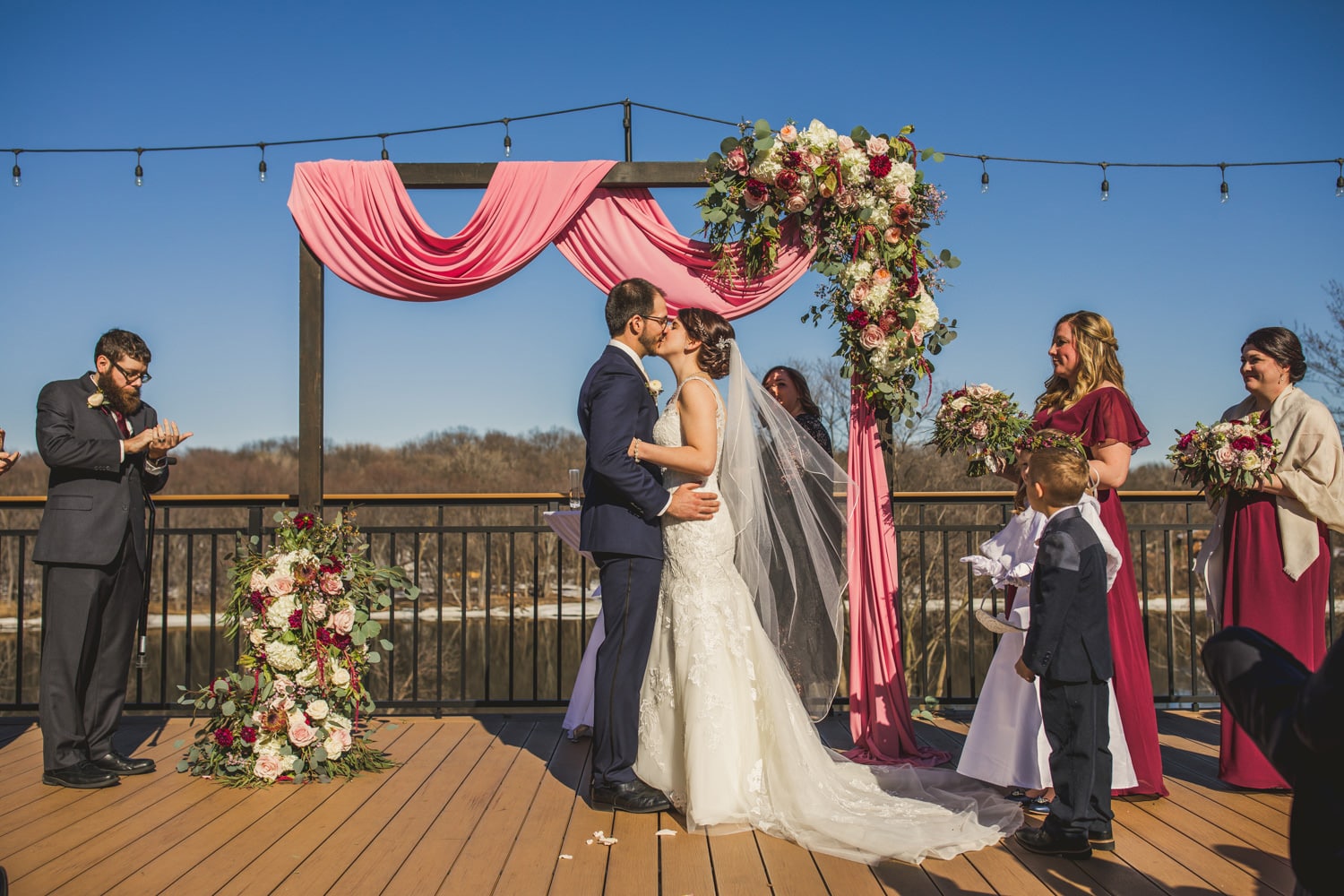 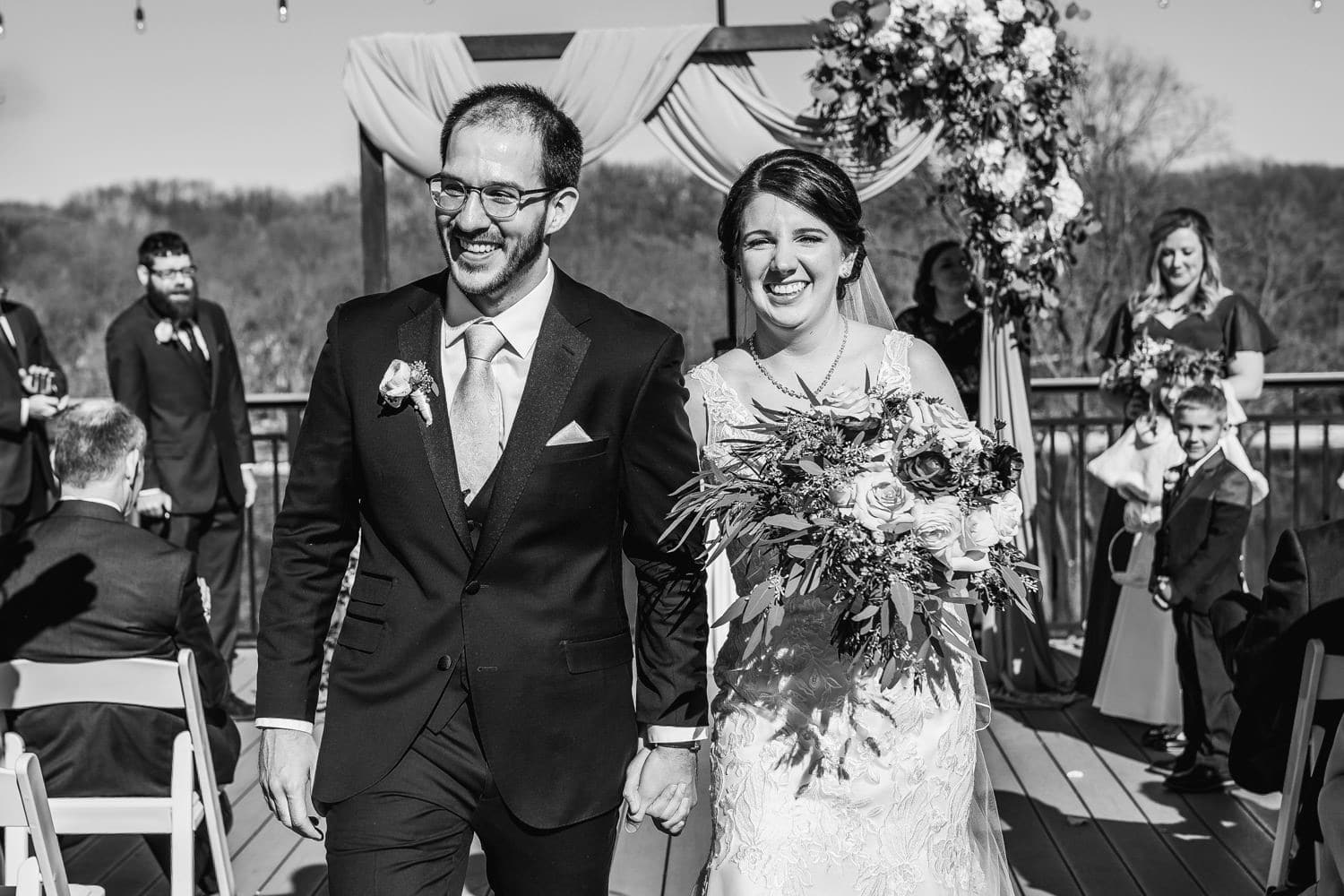 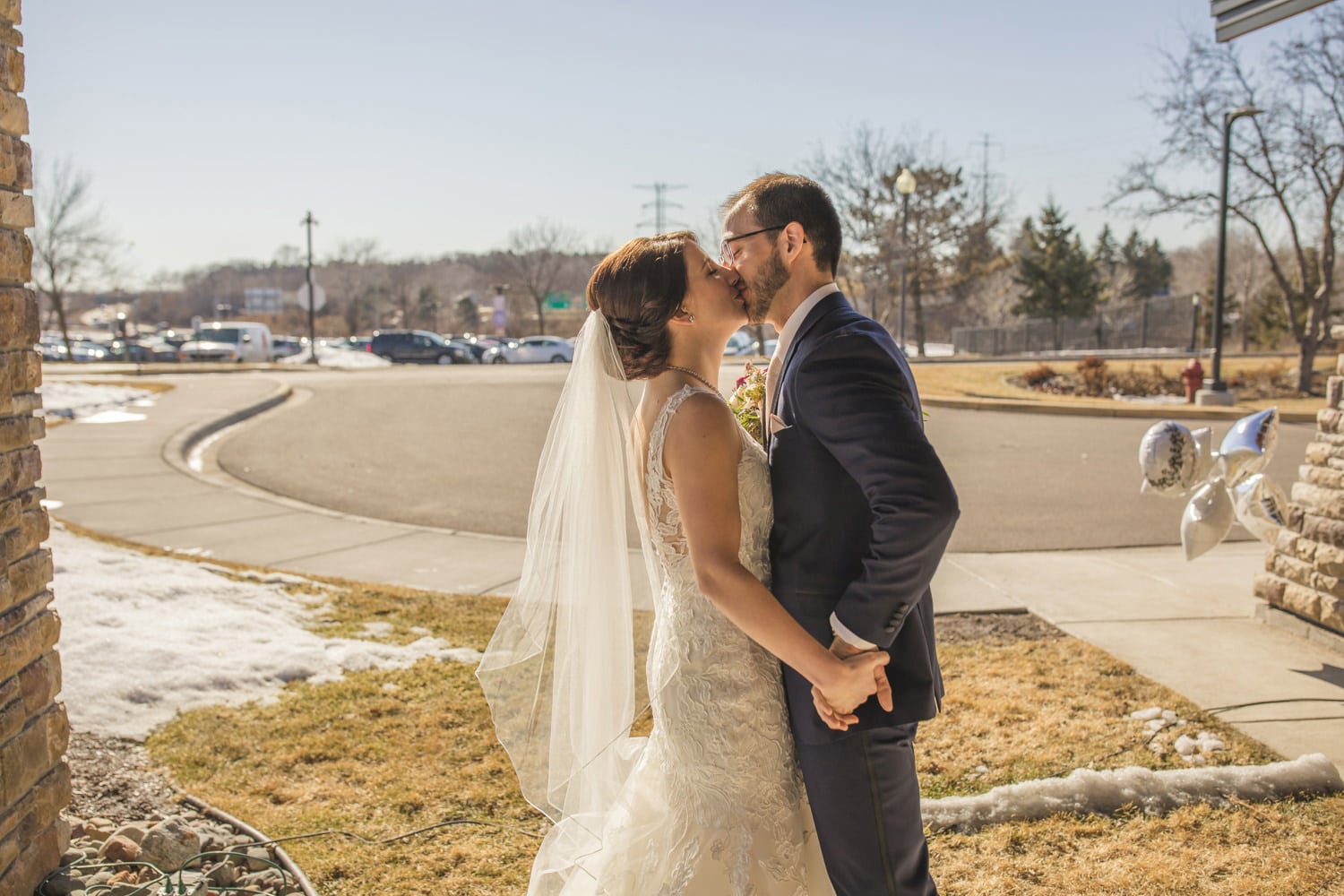 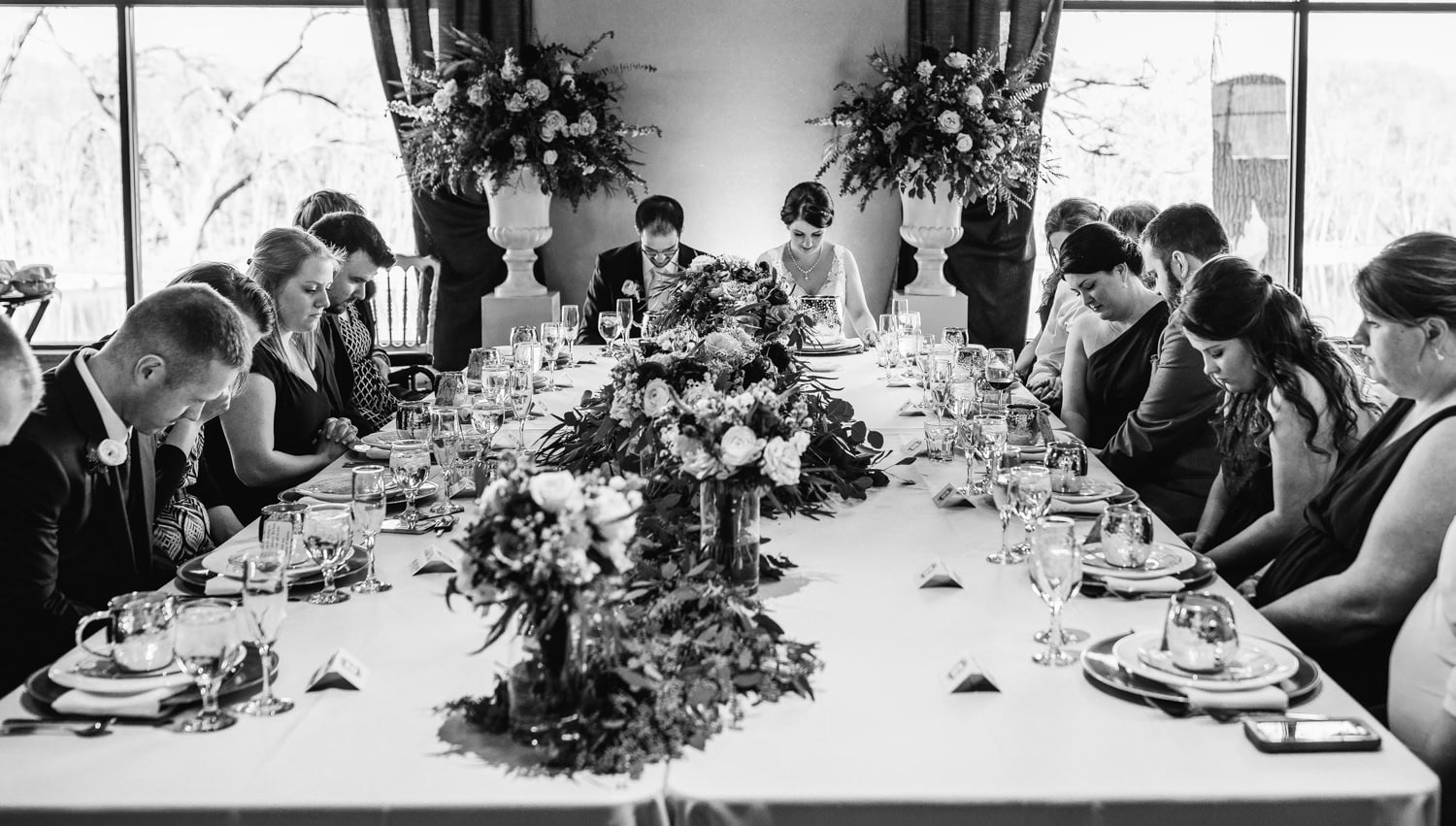 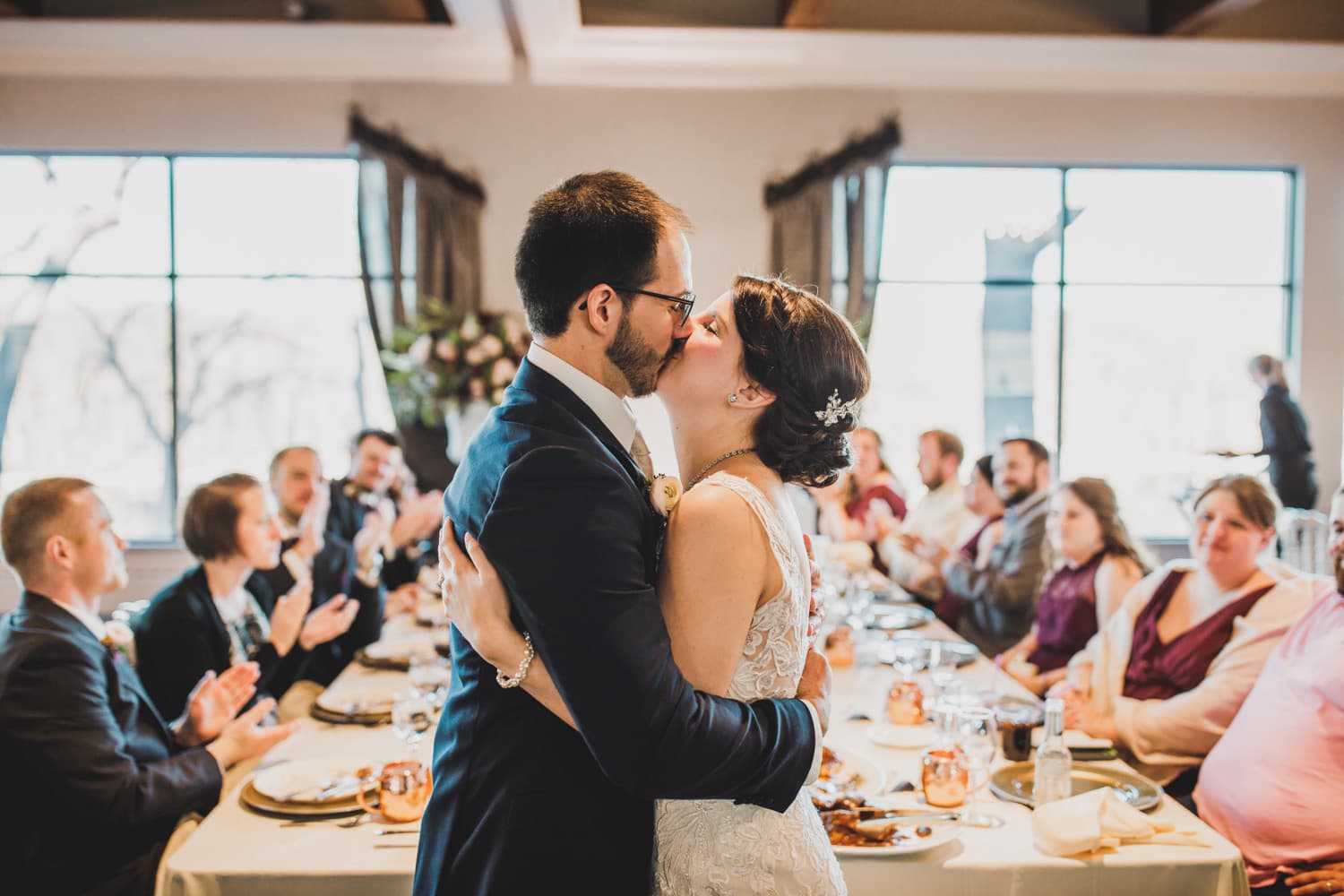 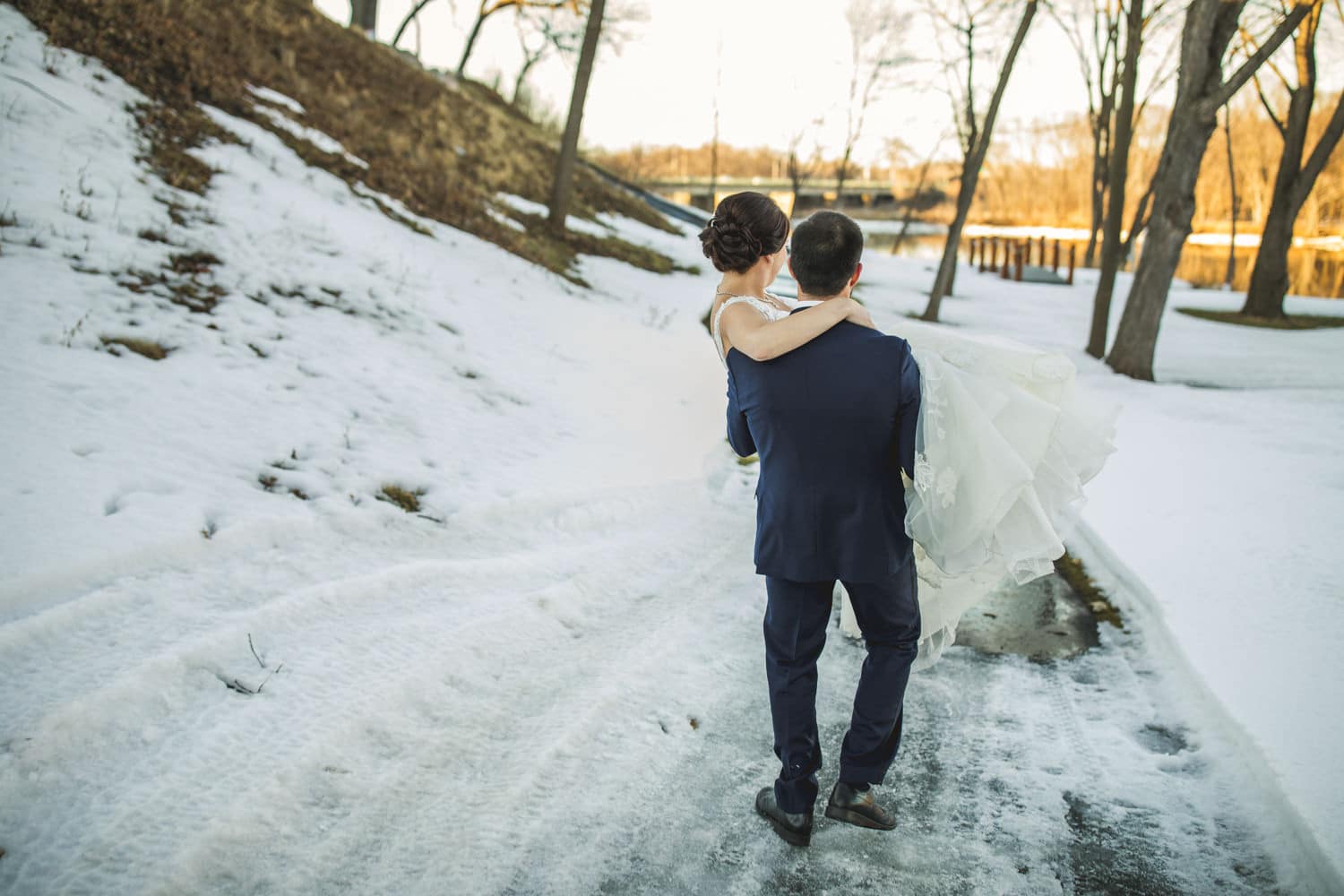 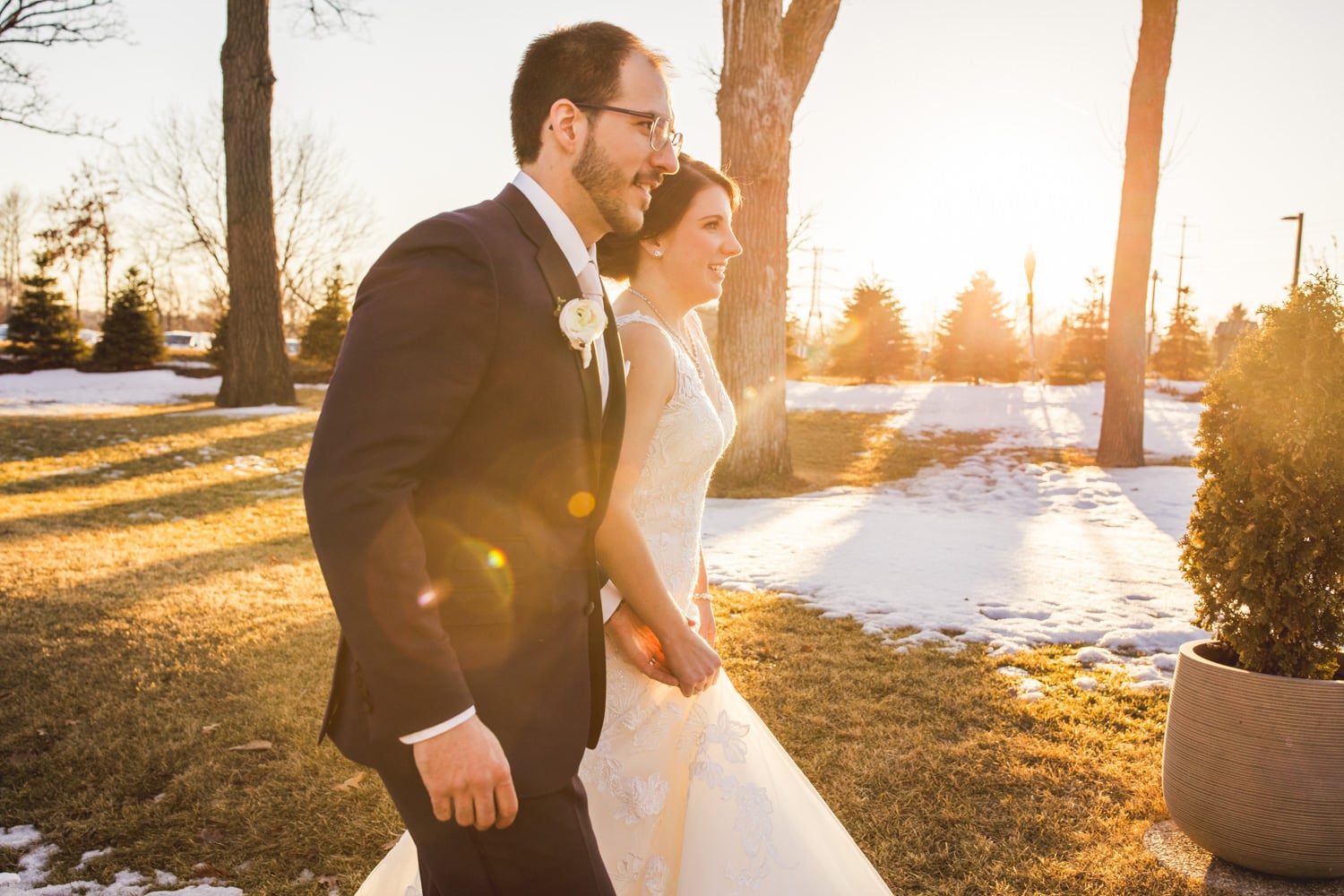 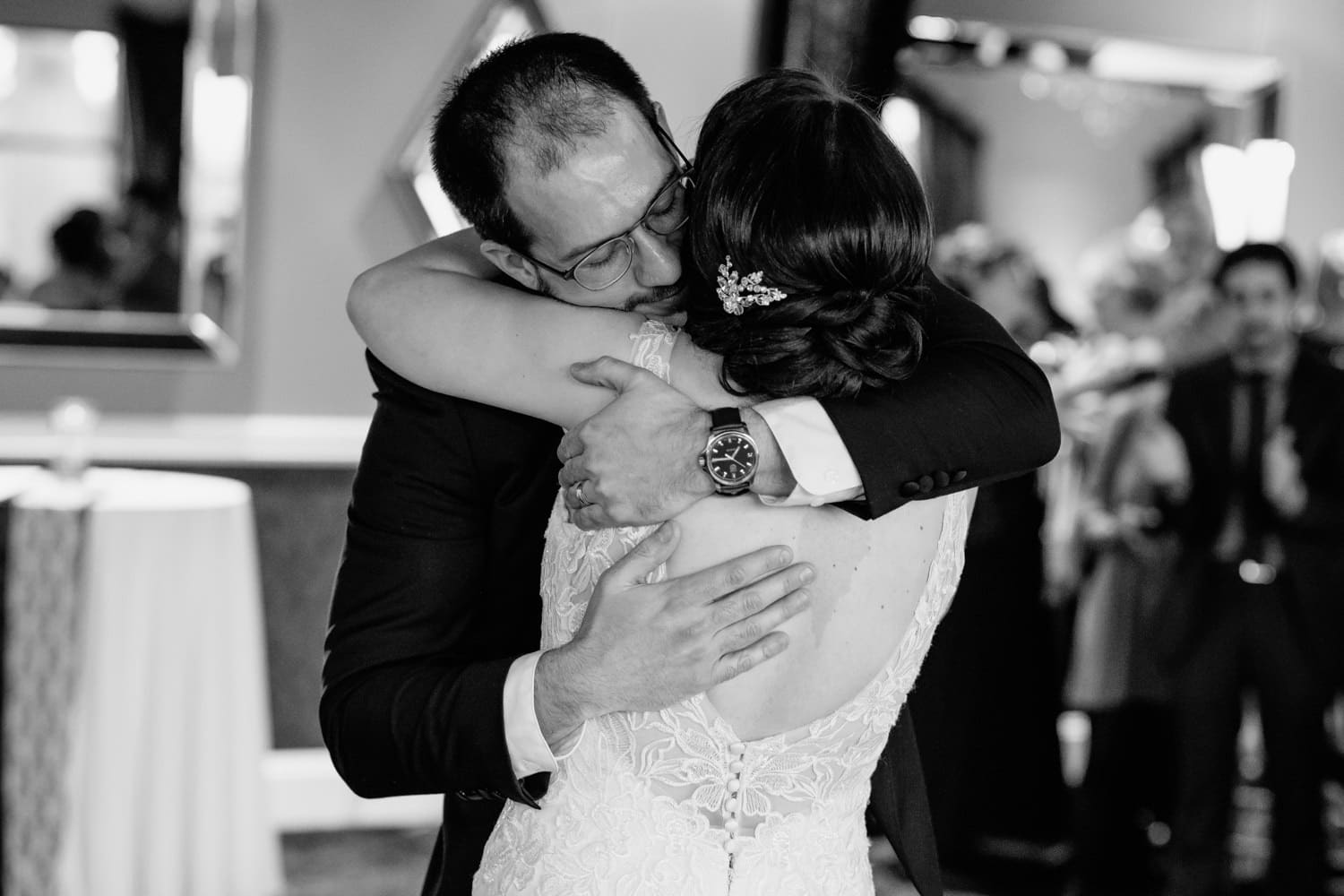 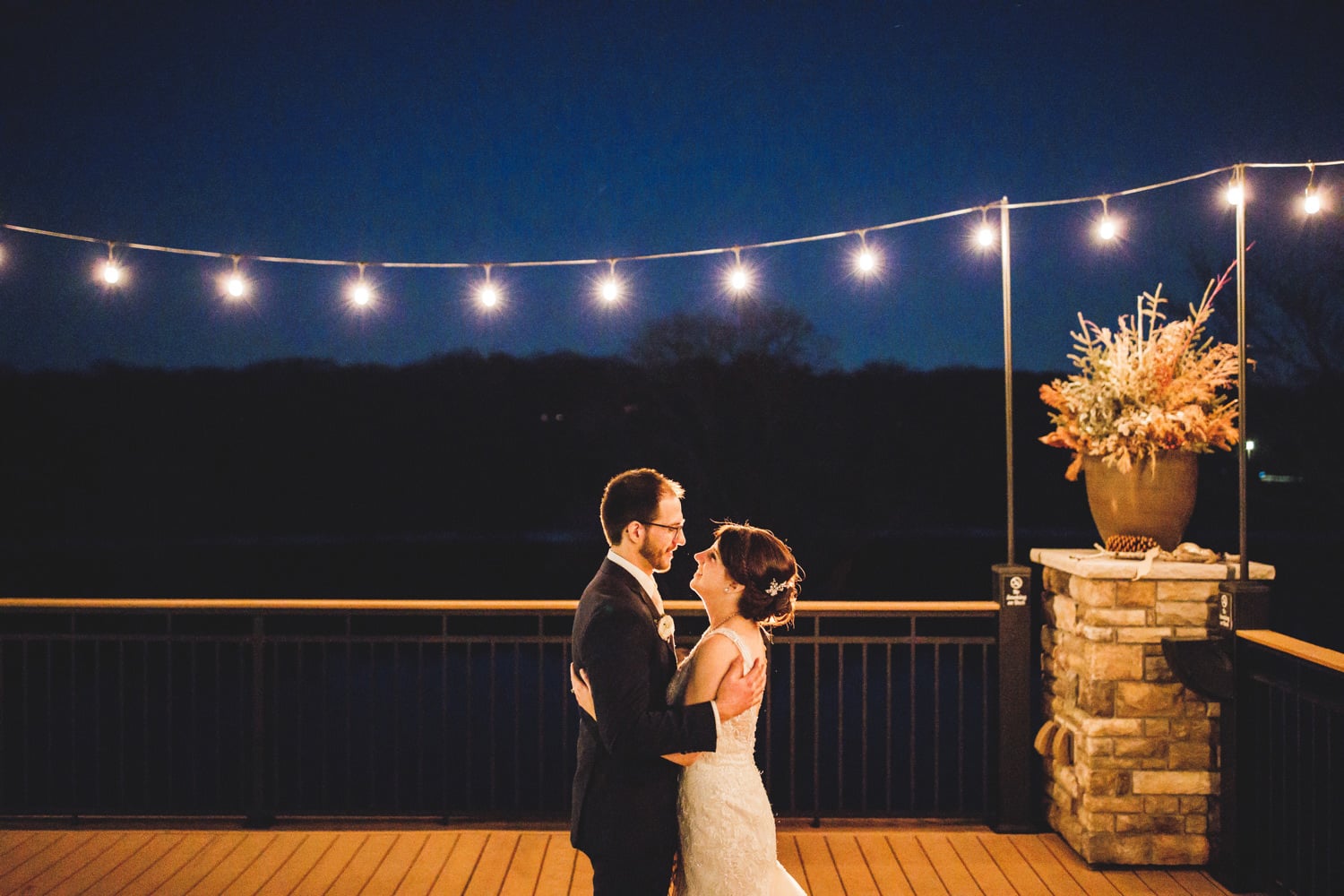 Sometimes a couple’s love for each other is so visibly evident – in the way their eyes vibrantly ignite
when they make eye contact, in their bashful smiles, in their passionate energy – that you can’t help but
smile just looking at them together.

Malorie and Andrew separately prepared for their big day at Leopold’s Mississippi Gardens located in
Minneapolis, Minnesota, and a giddy energy spiraled within the soon-to-be newlyweds. As Andrew’s
groomsmen folded their pocket handkerchiefs together (thanks to the help of a YouTube video tutorial),
Malorie’s bridal party admired her lace-detailed gown and looked on as she opened a gift from Andrew
– a beautiful necklace that added the perfect amount of sparkle to her ensemble.

Andrew waited in the room where the reception would take place, awaiting the first look prior to the
ceremony. Taking a deep breath and looking to the ceiling, you could sense how eager he was to get a
look at his bride.

The chemistry between this duo was, for lack of better words, unreal. When Andrew turned to see
Malorie in her wedding dress, you could truly feel how grateful he felt to soon be calling her Mrs. Veres.
Beaming ear to ear, he repeatedly looked at her head to toe, almost in disbelief. It was such an
emotional moment for the couple that our four-person media crew seemed to be nonexistent to them
(which is ideal!).

Although unpredictable, the mid-March weather managed to stay quite warmer than days prior that
week, and the ceremony was able to take place on the outside deck of Leopold’s Mississippi Gardens as
planned. Gorgeous floral arrangements by Sadie’s Couture Floral decorated the space – a mix of
eucalyptus leaves, blush shades of roses, and pops of hot pink and select burgundy blooms paired with
other lush greenery. During the ceremony, affixed right in front of Malorie and Andrew, their flower girl
and ring bearer admiringly looked up at the two as vows were exchanged, eyes wide.

The reception began back inside Leopold’s Mississippi Gardens, where guests were each gifted an
authentic copper mug, engraved with the couple’s initials and wedding date at their tables. Malorie and
Andrew had their own copper mugs – which were oversized, making them more “jugs” of sorts. While
to celebration took place, an artist nestled across the room from the couple painted on a canvas the
surroundings to commemorate the Veres’ special day as it was happening. Guests enjoyed watching her
work, and seeing how the piece unfolded throughout the evening.

Friends in the bridal party had hinted to the photographers that Malorie and Andrew have a special way
of holding hands in which they lightly squeeze eachothers’ hands lightly, but even more precious than
that was the moment they began dancing together, unprompted, as we took photos and video of them
on the deck during the reception. Again, it was as if nobody existed but the two of them, in their own
little world.